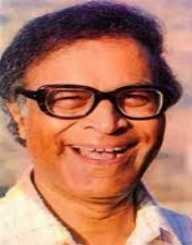 Spiritual teacher, author, and speaker Anthony de Mello was born on the 4 September 1931 in what was then known as Bombay (today Mumbai) in India to Frank De Mello and Louisa Casellino. He was born into a Catholic family and from a young age aspired to be a Jesuit.

De Mello studied theology at the Society of Jesus in Bombay in 1947. In 1952 he went to Barcelona, Spain as part of his theological training and spent three years studying philosophy, Spanish and Latin. During his time in Spain, he became interested in the philosophy of St Ignatius, and this influenced his later work. After completing his studies in Spain, he returned to India and in March 1961 was ordained a priest.

He was then sent to Loyola University, Chicago where he did an MA in pastoral counseling, returning to India in 1964.

In 1972, De Mello founded the Institute of Pastoral Counselling in Poona, and these retreats became extremely popular.

Initially, De Mello’s religious attitude was strictly along the lines of the Catholic Church then in the mid-1970s, he started looking into meditation and Eastern religious thought. He was influenced by Buddhist spirituality, and in 1978, he published Sadhana: A Way to God, which sold well. The success of the book meant that De Mello became a sought after public speaker both at home in India and overseas. His second book was Wake Up! Spirituality for Today and in 1982, The Song of the Bird was published. The third book gives an outline of his spiritual philosophy. Other books include Wellsprings (1984), One Minute Wisdom (1985) and The Heart of the Enlightened (1987).

The Catholic Church reviewed De Mello’s work in 1998 and came to the conclusion that his thinking was incompatible with the Church.