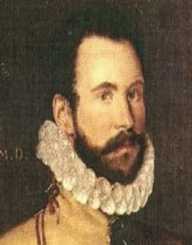 Martin Frobisher was an English privateer, navigator, and explorer who sailed to the northern parts of Canada during the 1500s.

Martin Frobisher was born in the year 1535 in Yorkshire, England. He was the son of Bernard Frobisher, a successful businessman. When Frobisher attained the school going age, his mother took him to her brother in London. His maternal family was an aristocratic lineage with high noble ranking in England. Frobisher went to school at the behest of his uncle Sir John York.

Frobisher was exposed to a high-quality education system. Like most young lads, he was fascinated with the stories of seafaring and the adventures they brought. He developed much keenness in map reading, navigation, and seafaring. After trying to persuade him otherwise, Sir York decided to let him pursue his passion.

In 1553, Frobisher went for his first voyage. For the next two years, he was involved in the voyages between England and West Africa. With the resolve to gain riches and fame, Frobisher left his uncle’s voyages to be a pirate. In 1555, he officially became an Elizabethan privateer. An Elizabethan privateer was a pirate granted legal permit to plunder all foreign merchant ships. All the proceeds belonged to Queen Elizabeth I.

He operated off the West African coast, between Guinea and Senegal. He became famous for attacking the French ships trading with the African nation kingdoms. Frobisher was accused of pirating on friendly trading ships. He was arrested by the authorities on some incidences, but no charges were pressed.

With the fortune and navigational experience, Frobisher decided to explore the lands beyond the Atlantic Ocean. His aim was to find a water passage connecting the Atlantic and the Pacific Oceans. This would make it easier to trade with the Far East without going through the traditional route of Southern Africa and India.

He got financing from the Muscovy Company. In the month of June 1576, Frobisher set sail for the first of his three voyages. In a month’s time, Frobisher arrived in the new land. He charted the waters around Labrador, Frobisher Bay and settled in Baffin Island. They traded and lived with the Native American Eskimos of the Inuit nation. Relations between the two groups became estranged for unknown reasons. Five British sailors were captured by the natives. Frobisher tried unsuccessfully to obtain their freedom. In retaliation, Frobisher captured one of the Inuit men and sailed with him to England. He also carried some ore that he believed was gold. He arrived in London in 1576.

His second voyage was easily funded. The allure of precious metals and the riches of the ore provided much-needed funds. In 1577, he had enough supplies and ships to sail back to the northern Atlantic. He docked at the Baffin Island in July 1577. Under direct instructions from his financiers, Frobisher explored the riches of the soil beneath. On his return trip to England, Frobisher sailed with three captive Inuit warriors and 200 tons of earth ore. His fleet arrived in London in the fall of 1577.

The cargo of precious ore created excitement in England. Soon, Frobisher was on another voyage. This time the queen took full financing of the expedition. He was given a fleet of 15 ships and 100 men with him. In May 1578, the fleet arrived at the Frobisher Bay. He had only 13 ships. One shipwrecked in the high waters, while another turned back to England. Frobisher failed to establish an English colony due to the constant hostilities with the Inuit Eskimo. On his return, he brought back 1,350 tons of earth ore.

His fourth trip was canceled by Queen Elizabeth I. The precious ore did not contain any gold, but iron. The gold rush died out. The iron was however used on roads.

Frobisher settled for another job. In 1578, he was called by the military to fight the Irish rebellion. He was the military chief during the 1588 war with the Spanish. Due to exploits in the military, he was knitted by Queen Elizabeth I.

After the military, he went back to privateering and sometimes illegal piracy. He was wounded in a gun battle on a raid to a Spanish territory off the French coast. He died in England in 1594.

His expeditions managed to shape the history of North America. A strait of waters is today called the Frobisher Bay in northern Canada.