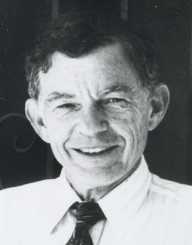 Albert Claude was famously known as a Belgian-American medical doctor or a cell biologist. He got interested in the research of Cancer where he furthered his studies overseas. It was during his research that he planned to come up with a variety of discoveries including the study of electron microscopy. Not to mention he also came up with the actual process that is usually involved in enzyme mapping as well as cell separation.

However, his important discovery included the formation of different cells such as the ribosome, chloroplast, and lysosomes. His in-depth research in the study of cytology gave him a chance to come up with useful cell properties. His tremendous performance in the field of Biology earned him a Nobel Prize for Medicine in 1974. He also got a seat at the Rockefeller University among others. Read further to know more about his early and later life.

Although he called it quit the world over a decade ago, Albert Claude is still recognized as the one and all kind of being. This was in regards to his high level of intelligence and understanding. Albert correctly understood the real definition of relaxation and laxity. As a result, he embraced the inquiring mind that gave him more potential in everything he did. Above all, Albert was quite blessed with a questioning and sharp mind that worked best in solving his scientific problems. It was quite easy for him to make discoveries, all thanks to his expertise. However, he seemed to have trust issues that made him not to trust his close friends. At the end of it all, he made sure that he was the final decision-maker. Nothing stopped him to discover the real truth either during his findings or personal virtues. Read Along.

It was on 24th August 1899 that Albert Claude was said to have been born as stated in his memoir. On the other hand, the local register states that he was born in 1898. Either way, he spent his early life in a small village called Longlier in Belgium. His father was known as Joseph Claude, and his mother was called Marie-Glaudice Watriquant Claude. His father was known as a promising businessman who owned a bakery store. It was unfortunate that he saw his mother’s suffering from breast cancer since inception. She passed away when Albert was seven years of age.

Albert Claude went to Longlier Primary School. It was in 1907 that his family went to live in Athus due to a long-term economic depression. It was there that he enrolled at a German school, but he later dropped out when his close uncle was diagnosed with severe hemorrhage. After a short pause, he took time with his sick uncle where he later participated in the WWI as a trader.

Albert Claude went to volunteer at the British Intelligence Service where he served before the end of the WWI. It was here that Winston Churchill, a politician motivated him to work extra hard. In the middle of all, he saw himself in detention in not one but several times. After the end of the war, he received an Interallied medal and a high veteran status.

A law made its way during Marcel Florkin administration that was by then the acting chief Director of Higher Education. He served at the Ministry of Public Instruction in Belgium. The ministry gave several veterans a chance to look for greener pastures regarding education. Even though Albert didn’t have an opportunity to complete his secondary education, he was enrolled at the University of Liege in the mid of 1922.This was in regards to his incredible service during the WWI. It was in 1928 that he received his first degree in Doctor of Medicine.

In 1928 and 1929, Albert Claude moved to Berlin where he conducted several pieces of research with Kaiser Will he Institute for Biology. In the mid of 1929, Albert received a fellowship where he went to the USA for further research. All along, he worked on a thesis that entailed the mouse cancer transplant. His first duty at Rockefeller Institute in NY got accepted due to the analyses that he explained about the Isolation of Rous sarcoma; the first cancer virus that emerged in the 1960s.Afterward, Claude joined a scientific group that James Murphy acted as the leader. It was there that he analyzed the second virus called Rous sarcoma, which mainly brings nonepithelial tissue. As a group, they worked hard to come up with a constituent of Rous sarcoma virus. It was here that Albert analyzed the first RNA ribose nucleoprotein in 1938.

If you didn’t know, you better know that none other than Albert Claude introduced the first electron microscope. According to his biological studies, mitochondria are regarded as the primary drivers of all biochemical cells. He also took the time to explore a different combination of cells including cytoplasm granules and ribosomes.

An American known cell biologist, Keith Porter, partnered with Albert Claude where they singled out a structure known as microtubule. It was later proved that the said structure had similar features to that of eukaryotic cells; the Archaea and Bacterial cells. This is what led to the invention of the endoplasmic reticulum.

It was at Rockefeller Institute that Albert Claude spends over two decades in his other works. He then moved to Belgium where he was appointed as the Director of Jules Bordet Institute for Cancer Research and Treatment in the 1950s.It was during the same year that he got a seat at the University of Brussel in the administration of Medicine.
In the mid of 1972, Albert went to the southeastern side of Brussel together with Dr. Emil Mrena. It was there that they teamed up with the Catholic University of Louvain where he served as a Professor. The same year he was appointed as the Professor at Rockefeller University.

Albert Claude’s inventions in the study of cytology garnered him a Nobel Prize for Medicine in 1974.He shared the same award with Christian de Duve and George Palade. Early in 1935, Albert Claude married Julia Gilder, but they parted ways after a short relation. Before then, they had a loving daughter called Philippa. In 1983 Albert Claude breathed his last in Brussels.