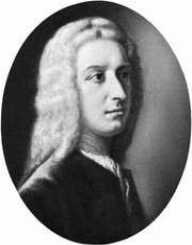 Founder of the colony of Georgia

James Oglethorpe was born to the family of Lady Eleanor Wall and Sir Theophilus Oglethorpe on 22nd December 1696. He was the couple’s third son and was raised for a career in the army from his infancy. James lost his father and older brother during the war of the Spanish secession in the years from 1702 to 1714. The period of his birth fell within a period of turbulence in the land of the Brits.

James learned some dire lessons as he grew up within this period of turbulence. These lessons came in handy as he moved on years later to establish the colony of Georgia across the Atlantic in the Isles of America.

James Oglethorpe was enrolled at Oxford and got commissioned when he was 16 years old. He was given the role of ADC after his commissioning, and he served the England Ambassador to the Italian shores. James was posted back to England in the year 1716. At this time, he became a Lieutenant Captain serving at the Queen’s Guard. He was under the command of Lord Marlborough and Lord Argyle, who gave him a pass to Prince Eugene, then of Savoy.

While he worked under Prince Eugene, Oglethorpe became his ADC, and this was what thrust him into the public discourse. As a result of his post, he was regularly abreast of the Prince’s goings-on. He was an active player when Prince Eugene took on and defeated an Ottoman army that was numerically stronger on a 2; 1 basis.

After triumphing at the Hungarian frontier battles with the Prince, James Oglethorpe was shot to prominence and was posted back to the English capital. He went to jail shortly after this for five months when he was found guilty of murder after a brawl.

James Oglethorpe took to politics after he was released from jail and by the year 1722, he was elected a member of parliament. He was representing the same district that his father had earlier served just like his older brother. He kept the post for the next 32 years after recurring elections. Oglethorpe ramped up his reputation as an anti-slavery activist and was an advocate of the rights of inhabitants of new colonies.

Oglethorpe also got cited as a philanthropist as he supported numerous children as a life commitment. He also spoke against conscripting seamen into service if they were not in agreement with such. As he served in the Prison Discipline Committee, he was also pro -debtors colony as at 1728. He worked with Field Marshal George Wade and the likes of Field Marshal George Wade to document the wrongdoings of the Marshalsea fleet and Debtors prisons handlers.

By 1732James Oglethorpe set his eyes on distant shores as he requested for a royal charter to establish a new colony around the South Carolina border with the Florida Isles. This charter was granted to James and 19 of his acolytes. The terms of the governing rule were to be by trusteeship for the first 21 years before reverting to Crown,
By the time James set foot in this colony, it was named after King George II and called Georgia. The colonizing party set sail for these shores in 1732 and was able to settle in by February 1733 at the precincts of Savannah.

The new settlers went to work immediately by erecting a wall around the immediate homestead of the 40 families that immigrated to this spot. Every work done at the initial stage was a communal effort; one at a time.
This pattern of commitment was put to use by James and his crew to build up several forts that formed a defensive perimeter around their abode. The initial fort that was built was christened Fort Argyle, on the Ogeechee River after Lord Argyle.

What took place subsequently was the forming of Georgia into a habitable colony after the vision of James Oglethorpe. He often will offer tips on healthcare and recuperation just like a physician to the inhabitants. When altercations broke out, the families deferred to him to act as judge. Over the period, more and more people arrived on the shores of Georgia and James had to undergo a voyage back to England to procure additional resources. He was able also to finally get the trustees to sign off on the ban on slavery and dealing in rum.

The settlers named James as General, and this stuck on as a new title of honorary value. By the time James Oglethorpe got back to Georgia from his England trip, he had come with the likes of the Charles Wesley, George Whitefield and other like minds like the immortal John Wesley. George Whitefield also founded the Bethesda Mission later on while John and Charles Wesley were siblings.

Several places held such huge pre-historic memory in Georgia such as the Old Fields at Ocmulgee. Some of the journeys through these fields made it to journal entries made by members of the Georgia Guards under Oglethorpe's command. Oglethorpe made the voyages to sign treaties with the hinterland dwellers and surrounding communities in those days.

The Georgia Guards were fortified to be able to keep a keen eye on the Spaniards who dwelt south of the Georgian Country. Individual settlements were identified by James, who also named the opening to the coasts of Saint Mary River as well as the Saint John River nearby. Several landmarks were named after the English during James’ travels through these islands, bays, and isles.

James Oglethorpe wedded the Lady Elizabeth Wright in 1743. She was a woman of immense wealth.