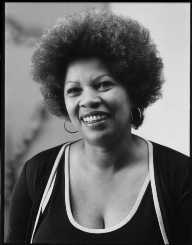 Born Chloe Anthony Wofford on February 18, 1931, in Lorain, Ohio, United States of America, Toni Morrison was the second oldest of the four children of her African-American parents. Her father George Wofford worked as a welder for U.S. Steel and also worked at other odd jobs. George came to the racially integrated town of Lorain, Ohio, hoping to secure employment in Ohio's burgeoning industrial economy and also to escape the racism prevalent in Georgia, where he grew up. Morrison’s mother Ramah Wofford was a domestic worker and a homemaker.

Morrison grew up in an environment of passionate Black culture with intense love and appreciation towards its heritage. Her parents were responsible enough to inculcate in her the habit of reading, especially the traditional African-American folktales, ghost stories, etc. and also a passion for singing songs. She attended the Lorain High School and graduated with honors from there in 1949. She was good at her studies and learnt Latin and read many great works of European Literature. Among many great authors, Jane Austen and Leo Tolstoy were her two favourite authors. She also actively participated in the debating team, the yearbook staff and in the drama club while studying at the Lorain High School.

In 1949, Toni Morrison enrolled at the Howard University famous for its historically Black-oriented culture and for producing many acclaimed black intellectuals. Aiming to be among one of them, Morrison pursued her first love, the literature and majored in English from the Howard University in 1953. She then attended the Cornell University and secured a Master of Arts from there in 1955. She wrote her Master’s thesis on Virginia Woolf's and William Faulkner's ‘Treatment of the Alienated.’

Toni Morrison joined the Texas Southern University, Houston in 1955 as an English instructor. After working there for two years, she returned to Howard University in 1957 to teach English. She remained with Howard until 1964. In 1965, she began working as an editor for L. W. Singer, a textbook division of Random House, in Syracuse, New York. Two years later, she was transferred to Random House in New York City and started working in the fiction department as their first Black woman senior editor.

Toni Morrison promoted and encouraged a host of promising Black writers in her capacity as the senior editor and played a very significant role in bringing Black literature into the mainstream. She edited the books of many promising as well as established Black authors like Wole Soyinka, Chinua Achebe, Athol Fugard, Toni Cade Bambara, Gayl Jones, Angela Davis and Henry Dumas fostering a new generation of literary talents.

Toni Morrison's first novel ‘The Bluest Eye’ was published in 1970. During her Howard University days, she was part of an informal group of poets and writers who met to discuss their literary works. While attending one such meeting, she presented a short story about a Black girl who was infatuated about having a blue eye. She later developed the story as a full-fledged novel and named it ‘The Bluest Eye.’

In 1973, Toni Morrison published her second novel ‘Sula,’ which explores good and evil through the friendship between two girls in a Black neighbourhood in Ohio who grew up together and how their friendship unfolds and changes over a period. The novel was nominated for the National Book Award. Her third novel, ‘Song of Solomon’ was published in 1977 and achieved the distinction of featuring in the main selection of the Book of the Month Club as a first novel by a Black writer since Richard Wright's ‘Native Son’ in 1940. The novel also won the National Book Critics Circle Award. Set on the background of the Caribbean island, her 1981 novel ‘Tar Baby’ explored conflicts of class, race, and sex.

In 1983, Morrison left her job of the publication house to concentrate on writing solely. She started living in a makeshift boathouse on the Hudson River. At that time she was associated with the State University of New York and the Rutgers University: New Brunswick Campus, where she used to teach English. In 1984, she was appointed to the Albert Schweitzer chair at the University at Albany, The State University of New York. She left the job in 1989 only to be appointed to the Robert F. Goheen Chair in the Humanities at Princeton University, a post she served until her retirement in 2006.

Toni Morrison's most celebrated, Pulitzer Prize-winning fiction ‘Beloved’ was published in 1987. The novel was based on a true story of an enslaved African-American woman, Margaret Garner. She depicted the horrific ordeal of slavery by an act of killing the infant daughter of the runaway woman slave by herself to spare the infant’s life from slavery upon her recapture. Her 1992 novel ‘Jazz’ is a story of violence and passion set in the backdrop of New York City’s Harlem area during the 1920s.

In 1997, her third book of the Beloved Trilogy ‘Paradise’, already consisting of the two novels, Beloved and Jazz, was published. The novel was a detailed portrait of a Black utopian community in Oklahoma. In 1993, Toni Morrison was awarded the Nobel Prize in Literature for her contribution to the field. She was the first Black woman of any nationality to win the coveted prize.

Apart from her prowess in writing fiction for the adult readers, Toni Morrison also excelled in writing for the children in general. Starting from 1999, she wrote quite a handful of children’s books including ‘The Big Box’ (1999), ‘The Book of Mean People’ (2002), ‘The Ant or the Grasshopper?’ (2003) and ‘Little Cloud and Lady Wind’ (2010).

Toni Morrison met Jamaican architect Harold Morrison while teaching at the Howard University. They eventually tied the nuptial knot in 1958 and was blessed with their first child, son Harold in 1961. They were separated when Toni was pregnant with their second child. She delivered her second child, son Slade in 1964 after the mutual divorce between the couple.

Toni Morrison was made an officer of the French Legion of Honour in 2010 and was also awarded the U.S. Presidential Medal of Freedom in 2012.