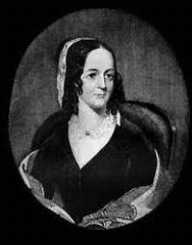 Sarah Josepha Hale was born on October 24, 1788, in Newport, New Hampshire. She was one of the 19th Century American writer and editor. She was the pioneer who advocated education reforms for girls and pushing for Thanksgiving Day to be considered as a national holiday in America. She became active in publishing work especially after her husband passed away in 1822. Among her works include the little children’s rhyme poem ‘Mary Had a Little Lamb.’ She died on April 30, 1879, at the age of ninety.

Sarah Josepha Hale was born in Newport, New Hampshire, on October 24, 1788. She was the daughter of Captain Gordon Buell and Martha Whittlesay Buell. He parents were liberal minded people who believed that both genders had the right to acquire equal education. She attended the homeschool under the tutorship of her mother and elder brother Horatio who was privileged to school at Dartmouth. She later became a school teacher at a local school in her neighborhood.

Sarah Josepha Hale started writing in 1823 beginning with a collection of short poems which was titled ‘The Genius of Oblivion.’ She wrote her first novel titled ‘Northwood: A Tale of New England’ which was published in the United States in 1827. She moved to Boston and took a position as editor of Reverend John Blake’s journal ‘Ladies' Magazine’ and worked until 1836. During her tenure as editor at Boston, she published a collection of poems for little children titled ‘Mary Had a Little Lamb’ in 1830.

In 1833 Sarah Josepha Hale established the Seaman's Aid Society which was intended to provide necessary help to the surviving families of Boston sailors who lost their lives at sea. In 1837, Louis Godey bought the ‘Ladies’ Magazine’ and renamed it ‘Godey’s Lady’s Book.’ Godey hired Hale as an editor for the project and worked as an editor at Godey for forty years.

She was moving from place to place including Philadelphia and Pennsylvania acquiring opinions from other notables contributors including Lydia Sigourney, Caroline Lee Hentz, Elizabeth F. Ellet, Eliza Cook, and Frances Sargent Osgood. Her time as an editor at Godey’s made her influential editors amongst many other editors of her time.

Sarah Josepha Hale wrote several novels and poems including ‘Three Hours; or, The Vigil of Love: and Other Poem’ (1848) and Women’s Record; or, Sketches of All Distinguished Women, from “The Beginning’ (1850). She also contributed in editing works like the annual gift book ‘The Opal.’

Sarah Josepha Hale made a number of accomplishments including establishing the Troy Female Seminary, financing Vassar College and advocating for women to join the institution. She also pushed for Thanksgiving Day to be recognized as a national holiday in America.

Sarah Josepha Hale retired from editorial work and actual writing in 1877 at the age of eighty nine. Writing had become part of her life, and it is as if her life depended on it. She was married to lawyer David Hale on October 23, 1813, and together had five children namely David (born 1815), Horatio (born 1817), Frances (born 1819), Sarah (born 1820) and William (born 1822). Her husband died in 1822 and for the rest of her life was adorned in black to signify perpetual mourning. She died on April 30, 1879, at her home in Philadelphia at the age of ninety.