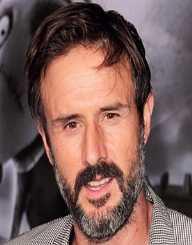 American actor David Arquette was born on the 8 September 1971 to Brenda Denaut (b.1939-d.1997) and Lewis Arquette (b.1935-d.2001) Arquette Snr. was an actor and his wife was an acting teacher as well as a therapist. The couple had five children: David, Rosanna, Richmond, Patricia and Alexis and all became actors.The family is of French-Canadian, European and English ancestry.

Arquette’s first television appearance was in The Outsiders (1990) a teen drama series. Another early role was Parenthood, an ABC sitcom (1990-1991). His primary film role was in Where The Day Takes You (1992) followed by a role in the hit film Buffy the Vampire Slayer (1992) where he played the main character’s best friend.

David Arquette had another breakthrough when he starred in Scream (1996) alongside Drew Barrymore. His portrayal of cop Dewey Riley won wide praise, and instead of the character being killed off, Arquette continued playing a role in Scream 2 (1997) and Scream 3 (2000). He was cast in Friends in 1994 where he appeared as Malcolm.

During his marriage to Courteney Cox, the couple formed the production company, Coquette Productions. The company produced some television shows including Mix It Up (2003), Talk Show Diaries (2005), Daisy Does America (2005), Dirt (2007) and Celebrity Name Games. Films Coquette Productions produced include Bigger Than The Sky (2005), The Tripper (2007) and Just Before I Go (2014).

David Arquette married his Friends co-star Courteney Cox in 1999. The couple appeared in their reality show, Mix It Up (2003) which was about home renovation and improvement. They one child together before divorcing in 2012. Arquette subsequently married Christina McLarty in 2015, and they have had two children.

David Arquette is a fan of horror movies and is also a collector of puppets and clowns. He has also been involved with professional wrestling.