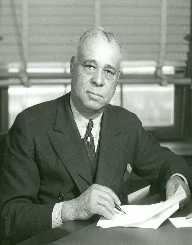 Arthur Mitchell was an African American farmer, businessman, and politician. He was the first Afro American politician to be elected to the House Representative as a Democrat.

Arthur Mitchell was born Arthur Wergs Mitchell on December 22, 1883, in Layfette, Alabama. He was the son of former Taylor and Ammar Mitchell. In 1897 he joined Tuskegee Institute. He financed his education by working for millionaire Booker T. Washington. After Tuskegee, he joined Columbia University to study Law. He later went to Harvard University. He graduated and got his practicing license.

He returned to Alabama and started the Armstrong Agricultural School. Mitchell became rich through trading in land speculation. He bought land and resold it at a fee. Alabama was a highly segregated society.

Mitchell moved to Chicago. He was attracted by the abundance of opportunities available for the Afro American community in Chicago. He worked with the Republican Party for a while, but later decamped to the Democrats. In 1934 Mitchell got a chance to vie for an elective post in the US. With the death of the Democrats candidate for the congressional set in Chicago, Mitchell became the replacement candidate. He went into the elections against Oscar DePriest. DePriest was the first Afro American elected member of Congress in the history of the US six years earlier. DePriest was facing his first Afro American opponent from the Democrats.

Mitchell won the election with a slim margin. He became the first Afro American Democrat politician to be elected to the Congress. Upon his election, he worked closely with the Chicago Mayor Edward Kelly. As the only Afro American member of Congress, Mitchell became the hope of the entire black community in the US. On the contrary, Mitchell openly declared that he was mandated to serve only the community in the Congressional district he represented in Washington. He successfully defended his seat in the three successive elections.

Back in Chicago, Mitchell worked to improve the lives of the residents through President Roosevelt’s New Deal program. Since most of the economic activities were in the hands of the white community, Mitchel worked with them to better the financial sustainability of the district. In the African quarters, Mitchell became a disgrace. The community thought he did much to the whites than his own black community. Despite the negative mood, Mitchell used the New Deal to increase the workforce in Chicago to about 20% black. He also helped the black youth get into the military. He granted scholarships to needy bright black students. He became a constant target for the Black empowerment organizations in the US.

In Congress, he rallied behind the establishment of laws that protected the rights of the minority and disadvantaged minorities. He fought for the repulsion of discriminative labor laws. He managed to fight the inclusion of photographs in all civil service jobs. Mitchell argued that selections done on merit should display the physical features of the candidate. Mitchell had his setbacks in Congress. He thrice unsuccessfully introduced bills outlawing any form of racial bias in the US. In 1937, Mitchell traveling to Arkansas was forced to travel on the black reserved cabin of the train. He sued the railroad company for racial abuse. In April 1941 Mitchell won the case. The court ruled that no black person was inferior to the white on the basis of color. Mitchell won his desegregation battle outside Congress and Chicago.

Despite the monumental court victory, Mitchell angered his party operatives. They withdrew support their support for his candidature. Mitchell accepted his fate. He retired from politics in 1942. He then left Chicago to Virginia and settled into farming.

Mitchell believed in the politics of inclusivity. He worked with all he considered vital in his plans. When he joined politics, the black community was solidly identifying with the Republicans. This was the party of Abraham Lincoln, the father of black emancipation in the US. Mitchell changed the tide. He managed to convince the black community to cross over to the Democrat side on objectivity.

Arthur Mitchell died in Petersburg in Virginia on May 9, 1968. In his eight-year political life in Congress, Mitchell strived to create a balance between the expectations of the black community and the white-dominated Congress. Ironically, he lost his political support due to his stand on racism.