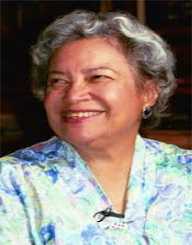 Norma Merrick Sklarek was one of America’s foremost architects. Born on April 15, 1926, she became the first African-American woman architect to be licensed in the United States after Georgia Louise Harris Brown in 1942 and Beverly Loraine Green in 1949. She also became the first female licensed architect in New York in 1954 and California in 1962.

Norma Sklarek was born on April 15, 1926, in Harlem, New York to West Indians, Dr. Walter Ernest Merrick, and Amelia Willoughby. Her father was a medical practitioner from Howard University and her mother, a seamstress. She was the only child of her parent, and she grew up in Crown Heights, Brooklyn. She developed a passion for architecture thanks to carpentry training she received from her father during the Great Depression.

Because of her intelligence, she was admitted in the all-girls high school, Hunter College High School that was solely for brilliant New York girls. She continued at Barnard College and later enrolled at Columbia University School of Architecture for her architecture degree, graduating in 1950. She was successful in her final licensing exam when she first wrote.

Norma Sklarek encountered difficulties getting a job in an architectural firm after graduating from school. She, therefore, had to accept a job as a civil servant at the Department of Works in New York City serving from 1950 to 1954. She worked at a small private firm after acquiring a license in 1954. In 1955, Skidmore, Owings & Merrill hired her, and she would work for the firm for five years.

During this period, she took a part-time job as a teacher at City College of New York, teaching nights a week at the College. She relocated to California in 1960, after receiving an appointment at Gruen and Associates in Los Angeles as the first female vice president. She became the first black female director in 1966. As the head of the production department, Norma Sklarek supervised the technical aspects of several major projects including the Embassy of the United States in Tokyo, the California Mart, San Bernardino City, among others.

Norma Sklarek worked with the firm for two decades. In 1980, she was elected a fellow of the American Institute of Architects (AIA), the first black woman attain that feat. She also chaired the AIA’s National Ethics Council for several years. In 1980 she moved Welton Becket Associates as the project director, working there until 1985. While there, she directed the $50 million worth construction for Terminal One at the Los Angeles International Airport.  The project completed in 1984 ahead of schedule to receive the millions of tourists that were expected to arrive in the US for Summer Olympics.

After her retirement, she got an appointment to serve on the California Architects Board. She had challenges by virtue of her race and gender, but she understood the discriminations that occurred during her practice as a female black architect.

Norma Sklarek's contributions to the world of architecture were immense, but her race and gender often excluded her recognition of her works on major architectural projects. However, the U.S Embassy in Japan acknowledges her works. She collaborated with César Pelli on many projects. Some of her works include The Fox Plaza in San Francisco, California (1961-66), San Bernardino City Hall in California (1963-65), Embassy of the United States in Tokyo in Japan (1976-78), Mall of America, Minneapolis, Minnesota (1989-92), among others.

In 1987, Norma Sklarek received the Association of Black Women Entrepreneurs Outstanding Business Role Model Award. She was honoured by the California State Legislature in 2007.  The Howard University in her honour offers Scholarship called the Norma Merrick Sklarek Architectural Scholarship Award to students.

Norma Sklarek was also known as Norma Merrick Fairweather. She married Bauhaus Rolf Sklarek, an architect as well. They had two sons, Gregory Merrick Ransom and David Merrick Fairweather. Rolf Sklarek died in 1984. Her second marriage was to Dr. Cornelius Welch. She died from heart failure on February 6, 2012, at age 85 in Los Angeles, California.