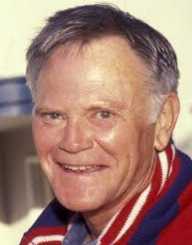 Carmel By The Sea, California, United States of America

Dick Sargent was born Richard Stanford Cox on April 19, 1930, in Carmel by the Sea in California in the United States of America. He was born to Ruth McNaughton who appeared on stage as Ruth Powell and Colonel Elmer Cox who served in World War I and later became a business manager to some celebrities such as Douglas Fairbanks. He attended the San Rafael Military Academy in California. He later enrolled at Stanford University where he majored in Drama.

Dick Sargent appeared in series such as ‘Navy Log’, ‘The Six Million Dollar Man’, ‘Taxi’, ‘Love American Style’, ‘The Yellow Rose’, ‘The Commish’, ‘Murder’, ‘The Love Boat’, ‘Family Ties’, ‘The West Point Story’, ‘Ellery Queen’, ‘Murder She Wrote’, ‘Switch’, The Devlin Connection’ and ‘The Streets of San Francisco’ among so many other series. In 1990, he appeared in an episode of the series ‘Columbo.’

He later appeared in films such as ‘Teen Witch’ and ‘Down to Earth.’ In the 1980s, Dick was an advocate for Christian Children’s Fund alongside actress, Sally Struthers. The fund assisted and brought hope to children in developing countries.

In 1991, Dick Sargent came out as a homosexual during the National Coming Out Day. He started from then on to support and promote gay rights. In 1986, he began living with his partner, Albert Williams. They lived together until his death in 1994. In 1989, Dick was diagnosed with prostate cancer, and it became worse into the 1990s.

Dick Sargent died on July 8, 1994, due to the complications that came with cancer. He died at the age of sixty-four. Dick was not buried but instead cremated.

While living Nick was good friends with Elizabeth Montgomery, who acknowledged him as a great friend to have. Their friendship was so strong that in 1992, he stood alongside Dick when he was a Grand Marshal of the Los Angeles Gay Pride Parade.