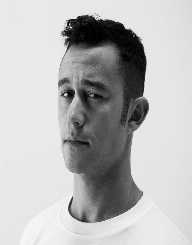 Joseph Gordon-Levitt was born to the Dennis Levitt and Jane Gordon.  His father was a director of a radio station and mother a politician.  His grandfather from mother’s side was in the film field and had directed a few films. He comes from a Jewish family

Gordon enrolled in the Van Nuys High School and graduated in 1999.

In 2000, he enrolled in the Columbia University of General Studies and pursued history, literature and French poetry. He acquired strong affinity towards French. He was an orator in French language. He discontinued in 2004 and returned to acting.

Gordon started his career as a child actor at an early age as early as four. He acted in the role of Scarecrow in a fictional story for children, The Wizard of Oz. Later, a negotiator helped Gordon to appear on television and advertisements.

In 1991, he appeared for films adapted for television. Gordon played in the television series, Dark Shadows and another film River Runs Through It. During the years 1992 through 1998, he acted in several films such as The Powers That Be, Switching Parents based on a factual incident in life, Angles in the Outfield etc.  He appeared for children publications.

In 1999, he featured in the contemporary version of the Shakespeare’s, Taming of the Shrew viz 10 Things I Hate About You. He lent his voice in Treasure Planet, a new version of story, Treasure Island.

On his return from the Columbia University, Gordon acted in a drama, the Manic. He played the role of a gay prostitute. In Brick, he was a teen tangled in drugs.  The reviews were good. His next film was Later Days, a film portraying suppressed sexuality in a preaching institution.

He awarded the Golden Globe Award for his role in the film, 500 Days of Summer, in 2009.  He replaced another actor in 2009, in the science fiction, Inception. There were good reviews about this film as well.

In 2011, he starred in The Dark Knight Rises, as a policeman. He played the role of a messenger in, Premium Rush, an action film and in Lincoln.

His debut as a Director was a short film, The Sparks.  This film was selected for 2009 Sundance Film Festival for short films.  In 2010, he directed one more short films – Morgan and Destiny’s Eleventh Date: The Zeppelin Zoo.  This film was first shown in Austin and Texas in a Festival.

Gordon, in 2013, wrote, directed and starred his film, Don Jon.  This was first shown at the Sundance Film Festival in 2013 and later purchased by another media.

Gordon-Levitt and Tasha McCauley were married in Dec.2014.  They had a son in 2015. Gordon has declared himself as a feminist.

His brother, Dan, a photographer and a fire performer died at a very early age of 36 in 2010.

Gordon has played in about 45 films, 26 television shows, and produced video game, G.I. Joe: The Rise of Cobra.