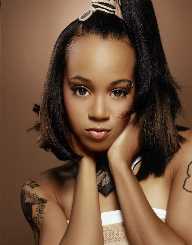 Better known as Left Eye, she was a hip-hop rapper and rhythm and blues singer with the group TLC.

Lisa Nicole Lopes was welcomed into the Lopes family on May 27, 1971. The Lopes family was resident of Philadelphia. Her parents were Ronald and Wanda Lopes. Her father who worked in the US military traced his ancestry to Cape Verde. Cape Verde is an African nation consisting of several islands of the West African coast.

She was the first child in the family of three siblings. The others were Ronald Jr. and Raina also known as Reigndrop in musical circles. Lisa Lopes was brought up by her grandmother. Her parents parted ways when she in her early childhood. Encouraged by her grandmother, Lopes started experimenting with music. In 1981, she was the leader of the family musical entity The Lopes Kids. It consisted of the siblings. The trio was exposed by having performances at church and in family birthdays.

After completing her elementary education, Lopes studied for her secondary education at the Philadelphia High School for Girls. Lopes never went to college.

Persuaded by a friend, Lopes traveled to Atlanta for some auditions in 1990. The organizers were looking to launch a girl’s only musical formation. Lopes pulled through the test with other two girls. They were Tionne Watkins aka T-Boz and Crystal Jones. Jones left the trio soon after its formation. Initially, the group went by the name of 2nd Nature. It then changed its name to TLC. These were initials of the first names of the three girls Tionne, Lisa and Crystal. Rosanda Thomas was brought in to replace Crystal. To fit in the equation, she was given a nickname Chilli. Her nickname fitted in the group’s name.

Their initial album Ooooh…On the TLC Tip, came out in 1992. The trio sold over six million hard copies globally. The album gave the trio the necessary visibility in the music industry. Two years later, TLC produced their second album. This time it was CrazySexyCool. The 1994 album went viral. It rose to the American Billboard chart and became a platinum hit. As expected by their fan base, their third album was well received. The commercial success from the previous two continued with the third. The album titled FanMail was released in 1999. Again, Lopes and her trio celebrated in the limelight. Their third album went platinum.

Simmering rivalry within the TLC made Lopes leave the group. She tried a solo career in the year 2000. Her solo album Supanova was posted online in 2002. The official launch never materialized. Lopes died while the preparations were still ongoing. It is said that at the time of her death, TLC had come back together and was working on the fourth album of their career. In 2009, all of the Lopes unreleased songs were compiled into a single album. The album Eye Legacy also contained some songs from Supanova.

Despite her charm and leadership prowess on the stage, Lopes had a difficult private life. She had bitter memories of her father. Her father was a military sergeant even at home. Lopes translated the disciplinary fatherhood as intolerable torture.

This made her develop a fiery and combative character. Her character put her in trouble with her boyfriend. After a debacle with him, Lopes torched the boyfriend’s mansion. The ensuing libel lawsuit led to the breakup of TLC. This happened after the trio filed for bankruptcy to avoid quoting dwindling royalties.

Lopes had a chance to deal with her past. On a trip to Central America, she discovered that money and fame was not the gospel of life. Simplicity in life gave the inner peace that had eluded her. She became deeply involved with charitable pursuits mostly in Central America.

Though she never gave birth, Lopes was a mother of two adoptive children.

While on a trip to Honduras, Lisa Lopes was involved in a road crash. The accident proved fatal to her. She died instantly on April 25, 2002. Her remains were buried in the US.

During her life in music, Lopes won 5 Grammy Awards. She also had numerous nominations to the Grammies with the TLC. When she came to terms with her angry past, Lopes turned to nurture young musical talent.

It is on this account of her transformation journey that the world deeply mourned her sudden demise.