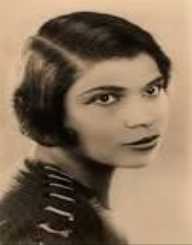 One can not think of America during the 19th century without recalling the prejudices and racism that haunted each part of society. These controversies trouble the New World to this day. They have left a stain on the USA that is hard to wash out. And one can not think of the world of the 19th century without recalling the limited rights women had. The biography of Charlotte E. Ray is thus remarkable – she was not only one of the few women to become lawyers at that time, but also the first African-American woman to do so in America. Perhaps the 19th-century mindset did find this fact particularly charming, but from our modern point of view, this is remarkable.

Charlotte E. Ray was born to Reverend Charles Bennett Ray and Charlotte Augusta Burroughs Ray in New York City, on January 13, 1850. It is interesting to note that in a way, she walked in the steps of her father. Reverend Charles, apart from his religious duties, was an active member of the Abolitionist Movement. He also owned one of the most famous African-American newspapers of the time, Colored American. Charlotte E. Ray's spent her childhood with six other siblings. They initially lived in New York City, but later moved to Washington. It was in Washington that Charlotte initiated her first education, in the Institution for the Education of Colored Youth.

Having graduated the only school to allow education for African-Americans, Charlotte was invited to become a teacher at the young Howard University. Dissatisfied with the prospect of teaching, she wanted to study law and applied for the program at the same university. Perhaps familiar with the prejudices of her century, Charlotte applied under the name C. E. Ray, to avoid being rejected for being a woman. She never confirmed that, though.

1872, three years after Charlotte enroled, produced the first African-American woman with a law degree in the United States. The fact that a woman received the degree was surprising enough, and being black made her an even more surprising case. The same year, April 23, she was admitted to become a lawyer in the District of Columbia, completing the feat that was mentioned in the first paragraph.

The Plague of Prejudice

Charlotte E. Ray, now confident in her abilities, opened her own law office in Washington D.C. A few years later, in 1875, achieving another first as a woman, she pleaded a case in the Columbia Supreme Court. Prejudices, however, are the hardest part to be removed from human nature. She was faced with a hateful attitude based both on her skin color and her gender. An African-American woman practicing law at the end of the 19th century was remarkable. It was also too much for the society of the time.

Faced with the wall of prejudice that hampered her law career, Charlotte E. Ray returned to New York to work as a teacher. She remained a defender of her beliefs and joined the National Association of Colored Women the same year it was established. Having only limited law practice, and faced with the denial of a whole nation, she continued to teach until her death on January 4, 1911.

Often it takes only a spark to light a great fire, and Charlotte E. Ray is the embodiment of this idea. She had only limited access to her trade, and the road she walked was filled with the thorns of prejudice. She lightened the dark sky of infant society. Ray will undoubtedly be remembered as a short-lived, but a bright star.