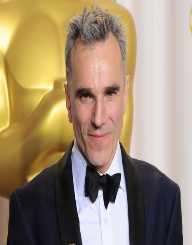 Sir Daniel Michael Blake Day-Lewis is an award-winning retired English actor. Born on April 29, 1957, critics and scholars acclaim him as one of the best actors of his time and probably one of the greatest of all time. Day-Lewis began his acting caring on stage at the National Youth Theatre. Subsequently, he gained entrance into the Bristol Old Vic Theatre School where he studied for three years. He later joined the Royal Shakespeare Company. Entering into film acting, Day-Lewis appeared in The Bounty in 1984. However, he came to the limelight with his role in My Beautiful Laundrette, 1985. He followed it with A Room with a View, 1985 and The Unbearable Lightness of Being in 1988.

Daniel Michael Blake Day-Lewis was born on April 29, 1957, in Kensington, London. He is the second child of actress Jill Balcon and poet Cecil Day-Lewis. His older sister is Tamasin Day-Lewis, a television chef and food critic. He also had two older half-brothers from his father’s first marriage. At the age of two, young Day-Lewis and his family moved to Croom’s Hill.

Day-Lewis received early education at Invicta and Sherington Primary Schools. He continued his education at the boarding school, Sevenoaks School in Kent. Being dissatisfied with the school, he subsequently transferred to Bardales in Petersfield, Hampshire. Day-Lewis had an interest in wood making and at a point applied for an apprenticeship as a cabinet-maker. However, he was rejected because of lack of experience.

At age 14, Day-Lewis made a film debut playing an uncredited role in Sunday Bloody Sunday. He started his professional acting career on stage at the National Youth Theatre. After excelling on stage, he enrolled at the Bristol Old Vic Theatre School, where he spent three years. In the 1980s, he appeared in both theatre and television works including Frost in May and How Many Miles to Babylon?. In 1982, he had a minor role as Colin in the film Gandhi.

Day-Lewis had his theatre breakthrough with his lead role in Another Country. Following the success, he appeared in the film Bounty, 1984. Around this period, he joined the Royal Shakespeare Company where he played Flute in A Midsummer Night’s Dream and Romeo in Romeo and Juliet. Day-Lewis earned critical acclaims with his role as an English gay man in My Beautiful Laundrette, 1985. That same year, he appeared in A Room with a View and followed it with The Unbearable Lightness of Being in 1987.

Day-Lewis won BAFTA Award and Academy Award for Best Actor with his role as Christy Brown in My Left Foot, 1989. On his return to the stage that year, he played the title character in Hamlet at the National Theatre. During the play, he collapsed at a scene where the ghost of Hamlet's father appears before him. As a result, he refused to return on stage; hence, Jeremy Northam replaced him. Following that incident, he claimed he saw the ghost of his father during that moment.

Day-Lewis has appeared in numerous films and television. He starred in The Last of the Mohicans, 1992, and In the Name of the Father. The latter won him nominations at the Golden Globe, BAFTA, and Academy Award. He played William “Bill the Butcher” Cutting in the Gang of New York, 2000, alongside Leonardo DiCaprio. In 2007, his role in There Will Be Blood, won him an Academy Award, BAFTA Award, and Screen Actors Guild Award. Other works include Nine, 2009, Lincoln, 2012, which earned him several awards including BAFTA, Academy, and Golden Globe Awards. Day-Lewis retired from acting after his last film was Phantom Thread in 2017.

Day-Lewis is a very private person and hardly does he appear in public. He had a son Gabriel-Kane Day-Lewis in his relationship with French actress Isabelle Adjani. On November 13, 1996, he married Rebecca Miller, daughter of writer Arthur Miller. They had two sons Ronan Cal Day-Lewis and Cashel Blake Day-Lewis. Day-Lewis holds both British and Irish citizenship.