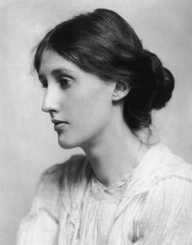 American novelist and poet Louisa May Alcott was born on November 29, 1832, in Germantown, a part of Philadelphia. Her father Amos Bronson Alcott was a transcendentalist and educator, and her mother Abby May- a social worker. She had three sisters. The family moved to live in Boston in 1834, where her father established an experimental school. Her father’s open opinions on education shaped young Louisa’s mind and beliefs to reach perfection- the ultimate goal of transcendentalists.

Louisa received the majority of her education from her father and several other educators. The family was living in poverty, and it was necessary for Alcott to work to help support the family. She took several jobs, including a position as seamstress, governess and domestic helper. During these challenging times, the writing was the only way how Alcott could release emotional stress. In 1849, her first book Flower Fables was published. In 1857, her father couldn’t find work and was in such despair that he committed suicide.

As an adult, Louisa May Alcott believed in feminism and abolitionism. Her career began with writing for the Atlantic Monthly in 1860. Soon after, the American Civil War broke out, and Alcott started to serve as a nurse in the Union Hospital at Georgetown, D.C. She was planning to serve as a nurse for three months, but contracted typhoid fever and became very ill. Her experience led to writing the collected works Hospital Sketches. The book was released in 1863 and brought her the first critical recognition. She wrote about her observations with a lot of detail and humor. Her next novel Moods in 1864 also brought a lot of promise.

During the mid-1860s, Louisa May Alcott was writing passionate novels with sensational stories under the name A.M. Barnard. These novels included A Long Fatal Love Chase and Pauline’s Passion and Punishment. She was also writing children’s stories with positive reception. She became majorly successful after publishing the first part of the Little Women. The book was a semi-autobiographical story of her childhood with her sisters.

The first part Meg, Jo, Beth, and Amy was published in 1868, but the second -Good Wives, the following year. In the book, the character “Jo” is based on Alcott. At the end of the story, Jo married, whereas Alcott remained single for all her life. Little Women was well received and acclaimed by the critics as suitable for many audiences and age groups. During this time, Alcott was also a member of female authors, which addressed women’s issues and rights.

In her later life, Louisa May Alcott was suffering from chronic heart problems. She and her biographers attributed her illness to mercury poisoning. Mercury was probably a compound in medication that was used to treat her when she contracted typhoid fever during the Civil War. More recent studies suggest that she was suffering from autoimmune disease. Since some of her portraits show the rash on her cheeks, it has been suggested that Alcott had lupus.

The writer died from a stroke when she was 55 years old- in Boston, on March 6, 1888. She was buried in Sleepy Hollow Cemetery in Concord, which is now known as the Author’s Ridge.

Louisa May Alcott anonymously published the novel A Modern Mephistopheles in 1877. After her death in 1888, Comic Tragedies were published in 1893. In 2004, a collection of ten short stories by Alcott The Brownie and the Princess were released.