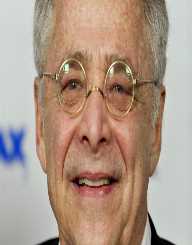 American game show creator Charles Hirsch Barris aka Chuck Barris was born on June 3, 1929, in Philadelphia, Pennsylvania. He was the son of a dentist Nathaniel Barris and Edith Barris. Not much is known about his family or early life as he used to provide contradictory facts about that phase of his life. Harry Barris, the famous singer, songwriter, and actor was his uncle. He graduated in the year 1953 from the Drexel Institute of Technology. During his university years, he served as a columnist for the student newspaper ‘The Triangle.’

After graduating from college, Chuck Barris did several odd jobs and finally relocated to the city of New York. His father died due to a stroke.

Chuck Barris' career began on a low-note as an errand boy at NBC. But he quickly moved up the ladder and became a sales staff at the company. However, he was laid off pretty quickly. After a year of facing unemployment, American Broadcasting Company (ABC) offered Barris the job of taking care of Dick Clark, the host of the show American Bandstand. He accepted the offer, and while working backstage for the show, he developed a good friendship with Clark.

Eventually, Chuck Barris was appointed to a full-time job in the daytime programming department of ABC. During this time, he also tried his hand at singing and songwriting. His most successful project was ‘Palisades Park,’ a song written by him and recorded by Freddy Cannon.

Chuck’s first game ever developed was ‘People Poker,’ but it never saw the light of the day. Fed up with the red-tapism in the industry, he borrowed $20,000 from his stepfather and formed his own production company Chuck Barris Productions on June 14, 1965. He then developed ‘The Dating Game’ and sold the rights to ABC. Though the company did not initially consider the show, later, they decided to air the show after their other programs failed to create a buzz.

The show, hosted by Jim Lange was exceptionally well received by the audience and became an instant hit. The show revolved around the concept of a bachelorette or bachelor who asked various questions to singles seated across a partition and based on the question-answer session; the one potential single was selected for a date. The show ran for more than a decade, precisely for eleven years and was revived twice.

Riding high on the success of his first hit game show, Chuck Barris delivered yet another massive hit titled ‘The Newlywed Game.’ The game featured wives and husbands who revealed humorous details about their partners to the host of the show Bob Eubanks. The Newlywed Game was his company’s longest running game as it aired for 19 long years.

Barris was well aware of the fact that the general public loved the fame that they received by appearing on television. Hence, in spite of receiving criticism from the industry insiders, he kept on making such shows and always managed to capture the attention of the audiences. In quick succession, he developed and sold three more games viz. ‘The Family Game,’ ‘Dream Girl of 1968’ and ‘How’s Your Mother-in-Law?’.

Over the years, Chuck Barris tried his hand at developing many non-game format shows too. Some of the moderately popular ones are ‘Operation: Entertainment,’ ‘Your Hit Parade’ and ‘The Bobby Vinton Show.’ The game shows created by Barris were hugely popular among the masses and his company The Chuck Barris Productions was a formidable force back in the 1970s.

Though his popularity was slowly waning off, Chuck Barris bounced back in the year 1976 with the talent show spoof ‘The Gong Show.’ On the insistence of NBC, Chuck Barris himself became the host for the show and gained a huge fan base with his weird antics and eccentricity. For some time, the show was the most talked about show. Barris also made a movie on the show titled ‘The Gong Show Movie’ in 1980, but the movie failed miserably.

Apart from autobiographies, Chuck Barris also wrote novels including the New York Bestseller ‘You and Me, Babe’ (1974) and ‘Della: A Memoir of my Daughter,’ an account of his only child’s death due to a drug overdose.

In his lifetime, Chuck Barris tied the nuptial knot for three times. His first wife was CBS co-founder, Lyn Levy. They were married for 19 long years and had a daughter named Della. After their divorce in 1976, Della went on to live with her father. However, she died at the age of 36 in 1998 after suffering from a drug overdose. She was also diagnosed HIV Positive.

In 1980, Barris got married to Robin ‘Red’ Altman, a woman who was 23 years his junior and whom he had met on ‘The Gong Show.’ Soon after that, he moved to France with his newlywed wife and daughter Della. They got divorced in 1999, and a year later, Barris entered into wedlock with Mary Clagett.

Chuck Barris was also a cancer survivor who was diagnosed with lung cancer in the 1990s and had a part of his lung removed. He passed away due to natural causes on March 21, 2017, at the ripe age of 87. At the time of his death, he was living in with his wife Mary at their home in Palisades, New York.