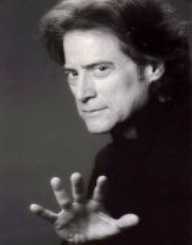 Richard Philip Lewis was born on June 29, 1947, in Brooklyn, New York. He was raised in Englewood, New Jersey. His father was a caterer and his mother- an actress. He also has an older brother and sister.

In 1959, Lewis went to a summer camp where he met Larry David. The two then started to form a life-long friendship. After finishing high school, Lewis went to study marketing and communication at Ohio State University. He has described this time as the happiest in his life. During this time, he also experienced a major personal loss. He was working at the University library when his brother called him to tell that his father had died.

Lewis was always interested in comedy. When he was 17 years old, he made his first appearance on Candid Camera. He was working as a writer for ads and comic material for others. Later, Lewis decided to pursue his career as a comedian. His first break was at the New York’s Improvisation comedy club in 1971.

After his successful first appearance, Lewis went on The Tonight Show Starring Johnny Carson in 1974. His first TV appearance led to more TV work. He was a regular guest on The Sonny and Cher Show. Lewis’ stage persona was an angst-ridden personality. On stage, he paced, teared his hair and dressed all in black, for what he earned his nickname The Prince of Pain.

Lewis made his first cable special named I’m in Pain with the Showtime. The opportunity was offered him after his majorly successful appearances on Saturday Night Live, his tours, and other TV appearances. The Showtime special earned him the headliner status at the Carnegie Hall. The show also starring Jamie Lee Curtis was completely sold out.

Besides his work on TV, Lewis has also made several other appearances. He starred in the film Robin Hood: Men in Tights as Prince John. He also had a show on HBO called Curb Your Enthusiasm. His performance has often been compared to a Jazz musician.

Lewis is also claimed to be the author of the phrase “The …. From hell”. He explains his theory in Curb Your Enthusiasm episode “The Nanny from Hell.” He even petitioned to the editors of Bartlett’s to give the credit for the phrase, but they claimed that the phrase was also used by German troops during World War I. nevertheless, Yale Book of Quotations attributes this phrase to Lewis.

Richard Lewis married his long-time girlfriend Joyce Lapinsky which he nicknamed Gina lolamatzobrei in 2005. He has called her hs soulmate. In 2000, he published a book The OTHER Great Depression. The book tells about his drug and alcohol addiction and the struggles to get sober. Lewis is now sober and has said that he is proud not to be ruled by alcohol anymore and that he continues to be funny.