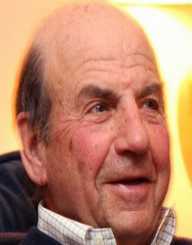 Calvin Marshall Trillin was born 5th December 1935, to Abe and Edythe Trillin. He was born in Kansas City, Missouri, in the United States.

After his initial schooling in Kansas City, Trillin studied at Yale University. He was Chairman of the Yale Daily News, and he graduated from the university in 1957.

Calvin Trillin served in the U.S. Army for a time and then joined The New Yorker in 1963 as a reporter. He was with the magazine until 1982, writing the U.S. Journal series. He covered serious events like the racial integration of the University of Georgia but also covered funny and unusual stories as well.

Trillin also began writing for The Nation magazine in 1978. His column was called Variations and ran until 1985. The name was changed towards the end to Uncivil Liberties. The column was syndicated nationally from 1986 to 1995 in newspapers, and then in Time magazine from 1996 to 2001.

Calvin Trillin started another column in The Nation called, Deadline Poet. It began in July 1990 and is still going in 2018. The column includes humorous poems about current events.

Trillin has written across a broad range of subjects. He has released 20 non-fiction books including, American Fried: Adventures of a Happy Eater (1974), With All Disrespect (1985), and Feeding a Yen (2003).

Among his awards and honors, Calvin Trillin has the following:

In 1965, Calvin Trillin married a teacher and writer by the name of Alice Stewart. The couple had two children, both daughters. Stewart died in 2001.