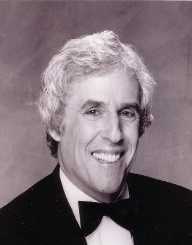 Burt Freeman Bacharach is an American singer, composer, pianist, and record producer. Born on May 12, 1928, his musical career spanned from the 1950s through the 1980s, during which he released several popular hit songs. More than 1000 artists have recorded his songs and regarded as one of the influential composers of popular music in the 20th century. Bacharach won several awards including three Academy and six Grammy Awards.

Burt Freeman Bacharach was born on May 12, 1928, in Kansas City, Missouri in the United States. He was born to Irma M. (née Freeman) and Mark Bertram "Bert" Bacharach. His father was a popular newspaper columnist and his mother an amateur singer and painter.His mother taught him how to play the piano. Growing up in Forest Hills, Bacharach attended Forest Hills High School where he graduated in 1946. Bacharach continued his education at McGill University, Montreal, graduating with a bachelor in music in 1948.

He also studied music at the Mannes School of Music and the Music Academy of the West in Montecito, California. Despite learning the piano in childhood, he gained much interest in jazz and often visited nightclubs where he enjoyed bebop musicians like Count Basie and Dizzy Gillespie. This would have a strong hold on his future songwriting. He studied under several music teachers including Helmut Blume, Henry Cowell, and Darius Milhaud, with the latter having the strongest influence on his career.


The Beginning Of Greatness

After his service in the United States Army, Bacharach served as the conductor and pianist of singer Vic Damone for three years. He also worked with singers like Paula Stewart, Polly Bergen, Ames Brothers, and Steve Lawrence. Upon the recommendation of Peter Matz, Bacharach worked with German actress and singer, Marlene Dietrich, in from 1956 as a part-time music-director for her nightclub gigs and worldwide tours.

Bacharach met Hal David in New York City in 1957 and that was the beginning of their long-term songwriting partnership. The two received their first career success when Marty Robbins recorded their song, “The Story of My Life”. The song was a major hit, peaking at No. 1 in the United States in 1957.The Perry Como also recorded their song “Magic Moment” for RCA Records reaching No. 4 in the US and No. 1 in the UK. Bacharach directed the recording of his song “Make it Easy on Yourself” recorded by singer Jerry Butler, making it the first time he managed the recording process of his song.

Bacharach met singer Dionne Warwick in 1961, and discovering her singing talent he decided to write songs for her. That same year, Dionne recorded her first professional song and made a hit with the song Don’t Make Me Over. Their partnership became very successful as Bacharach and David wrote more songs that suited her talent. For the next 20 years, Warwick sold more than 12 million copies of songs written by Bacharach. Some of the hit songs include Anyone Who Had a Heart, I’ll Fall in Love Again, Walk on By and Do You Know the Way to San Jose?

In 1965, Bacharach released a solo album "Hit Maker! Burt Bacharach Plays His Hits" on Kapp Records. The album performed poorly in the US but reached No. 3 in the UK album chart. The following year he was signed to A&M Records, where he recorded several new songs and re-arranged some of his hit songs. He worked with the label until 1978.

Bacharach did several soundtracks including composing and arranging the soundtrack of the film Casino Royale, 1967. Alongside David, he collaborated with Broadway producer David Merrick on the musical Promises, Promises, in 1968, producing two hits including the title track I’ll Never Fall in Love Again. in 1969, Bacharach and David achieved great success with Raindrops Keep Falling on My Head, which featured in the film Butch Cassidy and the Sundance Kid and won an Oscar.

They two also won a Grammy for Best Cast album of the year for "Promises, Promises". He continued to compose several hit songs for artists, stage performances, TV productions, and films. He also released some albums including Futures in 1977, which was not commercially successful.

Bacharach married four times first to Paula Stewart from 1953 to 1958. After their divorce, he married actress Angie Dickinson for 15 years from 1965 to 1980. The couple had a daughter, Nikki Bacharach, who suffered psychological problems and committed suicide in 2007.  Bacharach’s third marriage was to lyricist Carole Bayer Sager from 1982 to 1991. The two collaborated on several musical projects.

They adopted a son, Christopher. Bacharach final marriage was to Jane Hansen in 1993, with whom they had two children, Oliver and Raleigh. In 2013, his autobiography Anyone Who Had a Heart was published.