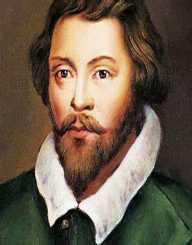 William Byrd was an English composer, songwriter, and musician.

William Byrd was born in the city of London, England. His exact date of birth is not known. It’s speculated that he was born sometime between 1539 and 1543. His father’s name was Thomas, and his mother’s name was Margery. He had two brothers, named John and Symond. He also had four sisters, named Martha, Alice, Mary, and Barbara.

William Byrd started his career as a chorister in the Chapel Royal. During his time there, he was mentored by the composer Thomas Tallis. He wrote several compositions which were played during the Easter liturgies. In 1563, he got a job at the Cathedral Church of the Blessed Virgin Mary of Lincoln. His most famous work during this period was ‘Short Service.’ Some of his other creations included ‘Ground in Gamut,’ ‘Libera Me,’ ‘De Morte Aeterna,’ and others.

In 1572, Byrd left the Lincoln Church and became the Gentleman of the Chapel Royal. This allowed him to make contact with the most elite people in the country, including Queen Elizabeth I. In 1575, he released a collection of motets together with Thomas Tallis, called Cantiones Quae Ab Argumento Sacrae Vocantur. In 1588, he released a collection of consort songs called Psalmes, Sonets, and Song of Sadness and Piety. He also published the collection Songs of Sundrie Natures. In 1589 and 1591, he published two books of ‘Cantiones Sacrae.’ These two books are considered his best-known work.

William Byrd released a collection of keyboard pieces, called My Ladye Nevells Booke. He continued working on consort music, producing pieces such as Browning and Goodnight Ground. He then started creating music for Catholic liturgies. In 1605 and 1607, he published two cycles of motets, called Gradualia. He also worked on some music for the Anglican Church. In 1611, he released his last collection of English songs, called Psalms, Songs, and Sonnets. In 1613, he worked on a few keyboard pieces for the wedding of Princess Elizabeth. In 1614, he wrote four anthems for Tears or Lamentations of a Sorrowful Soul, a collection started by Sir William Leighton.

William Byrd passed away on July 4, 1623, in his home in the village of Stondon Massey. His body was buried at Saint Peter and Saint Paul Churchyard.

The liturgical calendar of the U. S. Episcopal Church marks November 21 as a feast day honoring William Byrd.