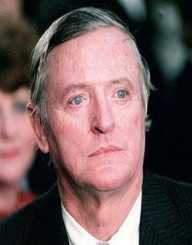 William F. Buckley Jr. was born on November 24, 1925, in New York City. He was a prominent American political commentator, author, and public intellectual. He was the founder of the National Review magazine in 1955 which highlighted the conservative moment in the late twentieth century. He had written over fifty books on different subjects including speaking, American conservatism, politics, anti-communism, and espionage. One of his acclaimed works is God and Man at Yale which he wrote in 1951.

William Francis Buckley was born to William Frank Buckley Sr. and Aloise Josephine Antonia. He was born in New York on November 24, 1925. His father was a well-established lawyer and oil developer in Texas. His family originally moved to Mexico and later to Sharon, Connecticut. He began his early education in Paris and attended a day school in London at the age of seven to learn English. His primary languages were French and Spanish and loved music, hunting, skiing, and sailing.

He got his eighth-grade education at home undertaking the Calvert School of Baltimore's Homeschool Curriculum. Before the outbreak of the World War II, he had schooled at the Jesuit preparatory school Beaumont College in England. After the war, he attended Millbrook School in Millbrook, New York and graduated in 1943. He published his first book titled ‘The Tamarack’ while at Millbrook School.

In 1943, William F. Buckley Jr. joined the National Autonomous University of Mexico (or UNAM) after which he joined the US Army Officer Candidate School. He graduated in 1944 and served as the second lieutenant in the U.S Army. In 1945, he became a student at Yale University where he participated in the school debates.

He became a member of the Conservative Party belonging to Yale Political Union. He was also the chairman of the Yale Daily News and studied political science, history, and economics. He graduated from Yale University in 1950 with honors. In 1951, he became a recruit of the Central Intelligence Agency (CIA) for two years.

William F. Buckley Jr. wrote his first book named ‘God and Man at Yale’ and published it in 1953. In his book, he criticises Yale University stating that school had lost focus and mission. He co-authored ‘McCarthy and His Enemies’ with L. Brent Bozell Jr. in 1954. In 1955, he established National Review and was its editor-in-chief until 1990. The role of the magazine was to outline American conservatism and fuse together traditional conservatives and libertarians.

In 1965, he ventured into politics and vied as mayor of New York under the umbrella of the Conservative Party. However, he finished third garnering only 13.4% of the votes. He also served at the Information Agency Advisory 1 Commission from 1969 to 1972. He was also a delegate to the United Nation General Assembly in 1973. He called it quits at the National Review in 1990 at the age of sixty. He received the Presidential Medal of Freedom from President George H. W. Bush in 1991.

In 1950, William F. Buckley Jr. married Patricia Alden Austin Taylor and had a son Christopher in 1952. He died on February 27, 2008, of diabetes at his home in Stamford, Connecticut. He was eighty two years old at the time of his death.