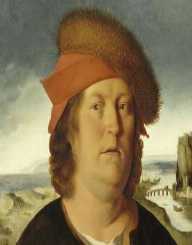 Paracelsus was born as Philippus Aureolus Theophrastus Bombastus von Hohenheim on 17th December 1493, to Wilhelm Bombast. He was born in Einsiedeln, a village in Switzerland. His father was a doctor and a chemist. It is presumed his mother was a bondswoman of Einsiedeln Abbey, who died giving birth to him. The family moved to Carinthia in 1502, where Paracelsus’ father had worked as a doctor.

It is believed Paracelsus travelled widely, and as he was a surgeon for the Venetian military in 1522. It is thought he was on the battlegrounds between 1517 and 1524 when many battles were fought in countries such as Holland, Prussia, Scandinavia, and other countries under Venetian influence.

As a physician, he also travelled through France, Spain, Germany, Hungary, Russia, Poland, the Netherlands, Denmark, and Sweden. He was disliked by his peers, but at the same time was a rebel in the ranks. He was of the firm belief that it didn’t matter if practitioners lacked an academic education, so long as they were working in their discipline, they knew what they were doing.

Paracelsus also lectured in German instead of Latin at the University of Basel. This raised the ire of his colleagues, but it made his lectures more accessible to ordinary people. He was also the first person to question Avicenna and Galen, and their medical authority publicly. He was a colleague to the likes of Copernicus, Leonardo da Vinci, and Martin Luther.

Paracelsus was in dispute over a physician’s fee and sharply criticized his opponents. He had to leave Basel quietly for fear that he would be punished by the authorities. He started wandering through Central Europe, and around 1529 he officially changed his name to Paracelsus.

In 1530, at the behest of the University of Leipzig, the Nurnberg council banned any of Paracelsus’ works from being printed. Paracelsus revised old writings and authored new works, but couldn’t find anyone willing to publish them.

Finally, in 1536, he managed to get Die grosse Wundartznei (The Great Surgery Book) published, which gave him accolades once again.

Paracelsus was 47 when he died. Much of his work wasn’t published until after he died, and when it was, he still caused much anger from his colleagues who tried to rubbish and ridicule his work. Many others though, flocked to his work. The “Paracelsianism” movement began, as people were ready for a change and wanted to move away from the more traditional Galenic physics.

Although ridiculed for a long time, in 1618, the Royal College of Physicians in London recognized him and included some of his remedies in their curriculum.

Paracelsus was a practicing astrologer, as many physicians were around that time. Astrology played a significant part in his medicine, and there was a large portion of his writings specific to astrology in conjunction with healing.

For the most part, he didn’t agree with Aristotle and Galen, but he did have an affinity for Hermetic, Neoplatonic, and Pythagorean philosophies.

Paracelsus recognized that being a physician required strong academic knowledge in the natural sciences, particularly chemistry. He led the field in this regard and was a pioneer in using chemicals and minerals in medicine. He believed that all diseases stemmed from being poisoned by sulphur, mercury, or salt.

He held hermetical views about man, that is, that health and sickness in the body, relied on the harmony of Man (the microcosm) and Nature (the macrocosm). He understood this to be that humans required a precise balance of minerals in their bodies to be healthy and that minerals could be used in certain instances to cure ailments.

He also believed that anatomy could only be understood once it was known what each part of the body needed in the way of nourishment. Part of this thinking was also to know what influence the stars had on the different body parts. Paracelsus saw the universe as one organism, with everything being interrelated.

Paracelsus also invented the early version of liniments by combining soap and alcohol and then adding camphor and other herbs as he felt necessary.

He also led the way in other schools of thought such as toxicology and also introducing the ‘unconscious.’ Carl Gustav Jung drew on the works of Paracelsus in his work, Mysterium Conjunctionis.

Paracelsus had five of his works published while he was alive, and a further 14 published posthumously.

Paracelsus was a pioneer of medicine, encompassing Hermetic and Pythagorean belief systems. He was also the founder of toxicology and was also noted as being the first to recognize that some diseases are due to psychological conditions.

He was also not afraid to stand up to what was considered the general school of thought and established principles in medicine. He questioned them and disagreed with them, and put forth new theories.