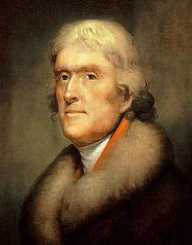 John Ray was born on November 29, 1627, in Black Notley, Essex, England. His parents were Elizabeth and Roger Ray.

As a child, John Ray attended a public grammar school in the nearby town of Braintree. Around 1644, John Ray enrolled in Cambridge University. While here, he became a Fellow of Trinity College. While here, he studied chemistry. He finished his education several years later, in 1648, only to end up working at the same college.

Later, around 1660, John Ray continued his studies, this time to get religious training. He received his holy orders, making him qualified to be a preacher.

In 1651, John Ray began working at Trinity College. Here, he worked as a professor who taught various subjects in the humanities, including Greek and mathematics. He was soon promoted to a dean.

In 1663, he started to tour Europe, preaching his religious beliefs. Luckily for John Ray, his beliefs matched that of Charles II, who encouraged the English people to worship at the Church of England, a Protestant church set up by a former king of England, Henry VIII. He stayed on this tour until 1666.

From 1668 onward, John Ray began to focus on his writing career. While doing this, he traveled around England, cataloging the plants that he saw on his journeys.

Most of John Ray’s publications are based on plants. Near the middle of his writing career in the 1670’s, he began to merge his writings of botany with that of his religious beliefs. He later shifted to writing about mostly religion. Near the end of his writing career, in the 1690’s, his focus returned to the study and writing about plants. All in all, Ray wrote over 150 works. Some of his most famous works are listed below.

He was the first person to use the word “species.” He used this term when talking about the plants he wrote about. Because he was the first to use it, he was also the first to define the word. He also divided up animals, like mammals and insects, into several categories.

Near the end of his life, in the 1690’s and early 1700’s, John Ray’s health began to decline, in part because of his increasing age. He also began to have painful sores on his body. He eventually died from general poor health on January 17, 1705, in Black Notley, England. He was 77 years old when he passed away.