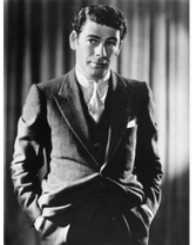 Paul Muni was born in Ukraine in 1895. His birthday was on September 27. Paul Muni was raised in Chicago where he started acting in the theater. Paul was named one of the best young actors at the age of twelve years old. This was after playing the character of an old man in a character play.

Paul Muni was the son of Salli Weisenfreund, and Phillip Weisenfreundwho were also known for their acting skills. There was a total of three children in the family all boys. Paul Muni was from a family that was Jewish. Muni was married to Bella Finkel. Paul’s father wanted him to become a musician. He convinced his father that he could act. Eventually, his father agreed and supported him in his acting endeavor.

His parents came to America when he and his siblings were still young. Paul Muni joined the Yiddish theater where he learned the art. His father was adamant about him becoming a musician. At the age of 12 years old he was able to play an old man in the theater. This is where he began to rise in the acting scene.

The first time that Paul Muni stood out was when he played seven characters in the theater. He was 12 years old, and he was able to pull off a character of an old man. This was incredible to his parents, and the audience was impressed. In the year 1925, the newspaper named Paul an outstanding actor in theater. Muni proceeded to Broadway the next year due to his love for theater. We Americans was an outstanding performance despite the fact that he had never acted in the English language before.

FOX welcomed him to the family, and he won an Oscar for his role in a film by Fox. His failure in Hollywood led him back to his very first muse the theater. He made his way back to Hollywood and did the hit film Scarface. It is then that he showed his acting talent and portrayed his skills. He became a personal friend and confidant of the warner bros. This was when his career took off after influencing the production of many amazing films and biographies.

Travelling shows were the specialty for Paul Muni. He gained popularity because of his knowledge of makeup. In the year 1926 Paul Muni went on Broadway to perform on theater as an old man. Here he was part of the cast in “We Americans “.

In the year 1929 Paul Muni joined Fox this is where he was known as Paul Muni. Paul was nominated for best actor however this movie did not do very well. This was a challenge continuously as his second movie was also an epic fail. Due to these unexpected problems Muni decided to go back to Broadway. Later he resurfaced in Hollywood during the movie Scarface. This movie then led him to become the star of Hollywood.

Warner Bros was excited about his comeback in Hollywood. The warner bro company gave him a long-time contract. He then became an influence in the movies that were produced. He even came up with ideas of the films he would star in. Muni had an inspiring work ethic. He always showed up early and rehearsed well for his roles. He took his acting career very seriously. He worked hard and showed great commitment in his work. He was very successful in Hollywood. Even with these Paul Muni still wanted to pursue his career in Broadway.

Paul Muni had an admirable work ethic. He rehearsed his lines consistently until he got them right. He also changed his tone and accent according to the roles he was playing. The people who worked with him praised him for his talent undying will to do better. Scarface was one of his best-known works. He played Tony in this film.

He also played a few on the story of Louis Pasteur. The most talked about the role was of an old man played by him at the age of 12.

Paul Muni did not care for the celebrity life. He preferred working as an extra as opposed to the main character. He was often uncomfortable when people noticed him shopping or dining. He liked being in quiet and secluded places.

Paul Muni liked to take long walks in the park to clear his head. It was his favorite thing, especially after a long film shoot. He was very regular outside of the studio and acted like a normal citizen. After his retirement, he stated his wife in their home in California. Paul Muni was living with heart problems throughout his life.

Paul Muni was awarded as best actor for the biographical film by the Academy. He also received another award for this film given In the Festival of Venice. He also shined in the play Inherit the wind winning a Tony for his performance.

Paul Muni loved the stage he could not leave Broadway even with his success in Hollywood.  Inherit the wind was his favoriteplay. He won awards for it. In 1955, his eyes began to fail him, and he left the play. He was having difficulty seeing and this affected his work in the play. After his 59th birthday, he was found with a tumor in his eye.

He went for operational procedures and returned to work in the play. He did his last movie role in 1959. He retired as a result of health problems. He played his last television role as saints and sinners in the year 1962.