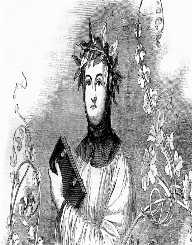 Francesco Petrarch was born on July 20, 1304, in Arezzo, Italy. He was born to Ser Petracco and Eletta. He was brought up alongside one sibling. He lived in Carpentras, Avington where he Grew up.  In 1316, he joined University of Montpellier. In 1320, he joined the University of Bologna to study Law. He had interest in writing, literature, and Latin. His first poem he wrote was a tribute to her mother after her death. He later worked in an office in Avington as a clerical officer. In 1326, he completed his first great Latin epic comprehensive ‘Africa.’ He thereafter took part in an ecclesiastical career contest. In 1330, he served Cardinal Giovanni Colonna as a private chaplain.

In 1336, he became the first Mount Ventoux climber. Petrarch later embarked on traveling from place to place performing his literary works. He then was exposed to Latin world. He later came up with his Latin manuscripts and scripts while touring in France, Germany Italy and Spain.  In 1345, he discovered Cicero’s collection of letters. In 1337, he went to Rome. He was then invited by the University of Paris and Roman Senate for the Poet Laureate’s crown. In 1341, he was crowned the title ‘Poet Laureate’ in a Senate’s Palace in Capitoline Hill, Rome. In 1367, he migrated to Padua where he set up his home. He later engaged himself in religious practices. He had an introspective trait, moral belief and practical importance in history and literature.

Petrarch didn’t marry due to his church engagement that restricted him. He fathered two children with an unknown woman. He died of stroke on July 18, 1374, back in Arquà. He died at the age of sixty-nine.