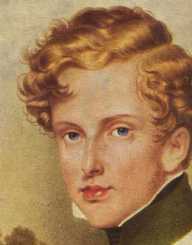 Giacomo Casanova was born on April 2, 1725, in Venice, Italy. His parents were Zanetta Farussi and Gaetano Giuseppe Casanova. He also had four younger siblings. Sadly, Gaetano died while Giacomo Casanova was only a child, leaving him to be raised by his mother and his grandmother, Marzia Baldissera.

As a young child, Giacomo Casanova was sent to boarding school. Abbe Gozzi tutored him. His studies included history, math, English, and music. Giacomo Casanova attended the University of Padua, enrolling when he was only 12 years old.  Here, he mostly studied law. He also studied subjects like philosophy and science. He graduated from this school when he was 17.

While in school, Giacomo Casanova had picked up a nasty habit of gambling, which he was not very good at. He had some early law careers, but his romance with a woman named Teresa Imer (who his patron also loved) lost him his pay. Without a job, and with gambling debts, he decided to join the Seminary of St. Cyprian. However, he was not here for long before he was arrested for his gambling debts and thrown into debtor's prison.

After being released from prison, Giacomo Casanova began working for Cardinal Acquaviva. Under him, he worked as a scribe. He has quickly fired him this job.

He later bought a commission Italian military. He then became an officer for the Republic of Venice. He worked here for some time, but he did not make enough money to pay for his lifestyle, which was more luxurious than he could actually afford to have. He sold his commission and left the military.

Giacomo Casanova saved some of the money he earned from the sale of his commission and decided to use the money to fund his new career idea: becoming a professional gambler. As stated earlier, Giacomo Casanova was not a great gambler. It did not take long for him to lose all of his money again.

Instead of going to debtor’s prison again, he took up a career of playing as a violinist for an opera house. While working here, he made friends with a Senator named Bragadin. He began funding Casanova, including giving him a place to stay with his friends.

Giacomo Casanova later became a legal assistant. However, while working his job, he continued to gamble. He also let his sex life run wild. He got into various sexual relationships. With both paying to impress women and losing money gambling, he was soon in debt again and had to leave the area and his job.

He later moved to Vienna, where he continued to act as a professional gambler. This time, he made it lucky and earned large sums of money. With this money, he went on a tour of Europe. He stayed in several countries, such as France and Germany. He returned to Italy in 1753.

Back in Italy, he took on strange careers that got him into a lot of trouble. He spent some time as a magician and alchemist. He was later arrested for his jobs (and several scandals, many of which involving his many relationships with various women) in 1755. He later escaped from jail in 1756 and left Italy (not staying in France) in 1757.

While in France, he started a new state lottery. This was not independent work, as most of the money from the lottery would be going to the French government. However, he did earn a handsome sum for his work on setting up the lottery.

Giacomo Casanova was later made a spy for France. He was great at this job and earned an impressive amount of money from the job. He later became a French bonds salesman, which he was also good at.

Giacomo Casanova opened his own business, which was unsuccessful. He went deep into debt in part from this venture. He was later put in debtor’s prison, where he stayed until 1760.

After getting out of prison, he moved away from France and began to travel to many countries in Europe. He tried to sell the idea of the lottery to both England and Russia, and both countries rejected his ideas. He traveled to many other countries as well, including Spain, Belgium, and Switzerland. As he traveled, he began well known in many countries for being a scoundrel. He was not welcome in many countries, so he ended up moving back to Italy.

Back in Italy, Giacomo Casanova worked as a spy again, this time for Venice. He as good at his job, but he was impolite to the nobility, which ended up costing him his job. Afterward, he moved to Rome, as he had been officially exiled from Venice, where he began his writing career.

One of the first things Giacomo Casanova wrote was actually just a translation of a famous work: The Iliad.

Giacomo Casanova is best known for his staggering autobiography, Histoire de ma vie (The Story of My Life). The book was over 3,000 pages long. He later expanded this into many parts (which later had many volumes and editions). In total, there were over a dozen volumes of this work.

Some of Casanova’s other books (most of which being memoirs) are listed below.

Throughout his life, Giacomo Casanova was known to have taken many lovers. However, he was never married. He did own a sex slave, who he bought when she was 12 and he was 40. This was not odd for him, as many people saw him as a pervert, as he was especially interested in young women and girls, even into his later years. With all of his lovers, it can be assumed that he fathered many children. However, if he did, then most of his children's names are not known. Even today, the term “Casanova” represents someone who sleeps with many women.