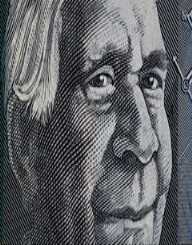 David Unaipon was born on September 28, 1872. He was a revolutionary. He was also hailed in the world of scientific research. During his lifetime he was accredited with nineteen inventions to his name. All of his inventions fetched patents with protected his rights as regards the inventions. Some of his works include the coming up with the helicopter design among others. He was also a writer as he wrote works such as ‘Myths and Legends of the Australian Aboriginals.’

David Unaipon was born on September 28, 1872, in Australia. He was born to James Ngunaitponi and Nymbulda. He was brought up alongside eight siblings. He attended Point McLeay Mission School where he received his primary education. He was later pulled out of school at the age of thirteen to work for C. B. Young who was a politician and pastoralist. David was intelligent, and so Young assisted him in literature, music, and science. He later moved to Adelaide in search of employment. He was, however, was not successful at first because of the fact that he was black. He later became an apprentice to a boot maker. He worked with the bootmaker for a while and then started working at The Point McLeay Store.

In the 1990s, he was employed by David of the Aborigines Friends Association. The association was founded in order to support the rights of the Aboriginal Australians. David later invented the shearing device which was used in extracting sheep fur. In total, he had nineteen inventions which were all patented. Some of his inventions included the coming up with the structure of a helicopter among others. By 1914, he had earned the name Australia’s Leonardo because his inventions were available to the public. David was also interested in literature. His love for literature captured the attention of University of Adelaide which appointed him to gather facts and stories of the Aboriginal Australians. He was associated with the newspaper firm ‘The Sydney Telegraph’ where he penned some of his articles.

David later penned three booklets that contained information about the Aboriginal Australians. He also fought for the political rights of his clan. He besieged the government to recognize people from his community who lived on other continents in the world. In 1930, his book on Aboriginal Community titled ‘Myths and Legends of the Australian Aboriginals’ was published.

In 1953, he was awarded the Coronation Medal.

In 1902, David married Katherine Carter. He died on February 7, 1967, while admitted in hospital at Tailem Bend. The Australian Government introduced the David Unaipon Literary Award to honor writers who are coming up. The Reserve Bank of Australia also honored him by printing his face on a fifty dollar bill.