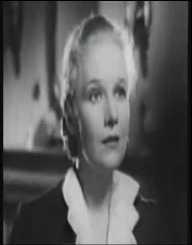 Ann Harding was an extremely popular American theatre and film star more so during the 1920s and 1930s. Ann Harding was also a highly gifted theatre and television actress with a strong ability to portray an aristocratic and sophisticated woman in various films and plays.

Being a beautiful woman with long blonde hair, a rare kind of actress during her time, she soon was one of the most sought-after actresses in Hollywood – evident by the number of movies she did during that period.

Ann Harding was born on 7th August 1902 at Fort Sam, Houston, United States to General George G. Gatley, an army officer, and his wife, Elizabeth Crab. She was born Dorothy Walton Gatley and had an elder sister named Edith.

Given his father’s job as an army officer, she spent most of her childhood moving around the country to various army posts with her parents. As a result, she had already attended thirteen different schools before she was thirteen years of age.

Ann Harding family later settled down in East Orange, New Jersey after which she joined the East Orange High School from where she later graduated. After that, she proceeded to Baldwin School in Pennsylvania where she studied drama for one year.

While in college, Ann Harding appeared on stage for the first time acting in “Macbeth” and later in “Cornelia Otis Skinner.” Her decision to join the stage as a professional actress was, however, disapproved by her parents, more by her father but she strongly stuck to following her passion and finally became a professional actress.

Ann Harding first worked as a clerk for the Metropolitan Life Insurance Company. Later, she found a job at “TheFamous Player- Lasky Film Company as a script reader and writer. Ann Harding first appeared as a professional actress in “Inheritors” with Princeton Players before making her debut in “Like a King” in 1921. In 1923, she garnered her first major mainstream success when she appeared in “Tarnish” which became a great hit. Another success came her way in 1927 when she played a lead role in a show titled, “The Trial of Mary Dugan.” In 1929, she moved to Hollywood where she signed a contract with Pathe Studios for a career in film. She acted her first film in Hollywood titled “Paris Bound” the same year with Fredric March.

Ann Harding also appeared in “Her Private Affair” along with Harry Bannister who later became her husband.In total, Ann acted in ten plays during the 1920s. In 1931, Ann Harding was the nominee for the Academy Award for Best Actress for her role in 1930,s “Holiday.”  She later appeared in “Condemned” alongside Ronald Coleman, and she was considered one of the most beautiful women in cinema. Ann Harding acted in several other films including Prestige (1931), Fox Studios (1931), The Animal Kingdom (1932), When Ladies Meet (1933), Enchanted April (1935), Love from a Stranger (1937), among others.

In 1937, Harding temporarily retired from acting following lukewarm by the public in response to her late 1930s films. Moreover, she had just married Warner Janssen and had just completed a court battle with her former husband over their daughter’s custody. She also appeared to have been fed up with Hollywood and its activities. In 1942, Ann Harding second husband took her back to Hollywood, and she acted in “Eyes in the Night” and also took secondary roles in other films including “North Star” and “Mission to Moscow.”

Ann Harding later played notable roles in Janie Gets Married (1946), Christmas Eve (1947), among others. Ann Harding then took another three years break and later went back to Broadway where she acted the lead role in “Goodbye, My Fancy” then acted in a few more films before taking another five years break. She later came back to the film in supporting roles. Ann was also seen in several television series including Defenders (1961), Ben Casey (1961) and Kraft Theatre (1947). She made her final big screen appearance in “The Man in the Gray Flannel Suit” in 1956.

For her role in the film titled “Holyday, Harding received an Oscar nomination for Best Actress category. Ann Harding was also honored with two stars on the Hollywood Boulevard for her television contribution and the Hollywood Walk of Fame for the role she played in motion pictures.

On 21st October 1926, Ann Harding married a fellow actor named Harry Bannister, and together they had a daughter named Jane. Ann Harding however, divorced him in 1932. Around four years later, she married Warner Jansen, a famous conductor, but the couple divorced in 1962. During this time, she adopted a daughter named Grace Kaye Harding.

On 1st September 1981, and at the age of 79, Ann Harding died after a prolonged illness in Sharman Oaks, California.