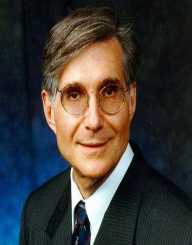 Robert F. Furchgott was born on June 4, 1916, in Charleston, South Carolina, USA. His parents were Pena and Arthur Furchgott.

Robert F. Furchgott graduated from high school in 1933. By the time he graduated, he already knew that he wanted to be a scientist. He quickly enrolled in the University of North Carolina. Here, he focused his studies on Chemistry. He earned his bachelor’s degree in 1937. After this, he went on to attend Northwestern University, where he earned his Ph.D. in 1940.

In 1940, Robert F. Furchgott earned a job working in a research laboratory at Cornell University. He stayed at this university until 1949.

1949, he began working as an assistant professor at Washington University. While here, he had access to the university’s research laboratory, and he made sure to make good use of it. Robert F. Furchgott studied the metabolism, organs, hormones, and neurotransmitters in rabbits. By studying these, he could check their reactions to medicine, which he could later use to figure out how humans might react to the same medicines (at this time, many medicines were tested on animals like rabbits). He published many papers on his research.

In 1956, word had gotten around about Furchgott’s research. The high praise he earned helped him to become a chairman of the pharmacology department at the State University of New York College of Medicine. While working in this department, he was able to continue his research. This time he focused on activities of blood vessels and muscles. He continued this research for decades.

In 1980, Robert F. Furchgott discovered the reason why blood vessels contract and widen. There was a chemical in them called nitric oxides that helped the blood vessel relax. This piece of information would become extremely useful in the medical field, especially when it came to making medicine. However, it was not until 1986 that he has a presentation on his discovery. Three years later, he retired from the State University of New York.

In 1989, he started to work as an adjunct professor at the University of Miami School of Medicine. While here, he continued to research but made no other major discoveries.

Robert F. Furchgott was first married to Lenore Mandelbaum in 1941. Together, this couple had three children: Jane, Susan, and Terry. Sadly, Mandelbaum died in 1983. Furchgott later remarried to a woman named Margaret Gallagher Roth. Sadly, this marriage ended with Roth’s death in 2006. Furchgott did not remarry for a third time.