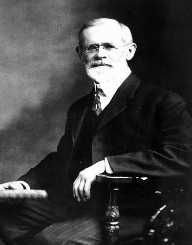 Richard Laurence Millington Synge was born on October 28, 1914, in Liverpool, England. His father was a stockbroker, and his mother was a housemaker. Synge also had a sister. Synge received his primary education in a preparatory school in Wellington, and in 1928 enrolled at the Winchester College. Until 1931, he studied classics and then changed his major to natural sciences. In 1933, he earned a scholarship to study natural sciences at the Trinity College, University of Cambridge.

In college, Richard Laurence Millington Synge studied physics, chemistry, and physiology to take the Natural Sciences Tripos. In 1935, he began studying biochemistry after receiving his Bachelor’s degree. In 1936, Synge received his Master’s degree. Synge continued his education in 1936, when he became a research student at the University Biochemical Laboratory, under the supervision of N. W. Pirie. He earned his Ph.D. in 1941.

After receiving his Ph.D., Richard Laurence Millington Synge went to work at the Wool Industries Research Association of the British Textile Technology Group. During his time there, Synge met Archer J.P. Martin, who was at the time researching and building a device to use for chromatography. The two researchers collaborated on the project and developed the technique of separating closely related chemicals so that they could be studied further.

The first time their work was presented was at the National Institute for Medical Research Biochemical Society’s meeting in 1941. Later on, Synge and Martin developed the paper-chromatography technique to find out the exact structure of a molecule of gramicidin S. Frederick Sanger later used the technique to find the structure of insulin.

In 1943, Richard Laurence Millington Synge joined the Lister Institute of Preventive Medicine where he worked at the Biochemistry Department under W. T. J. Morgan. His main work during this time was on the antibiotic peptides of the gramicidin group. From 1946 until 1947, Synge went to Uppsala, Sweden to study under Professor Tiselius on how to apply adsorption methods to antibiotic peptide compounds.

After leaving the Lister Institute, Synge went to work at the Rowett Research Institute at Aberdeen, where he took the position of the Head of the Department of Protein Chemistry. His main work during this time was on animal digestion proteins, their association with micro-organisms, proteins, peptides and other components. In 1958, Synge went to work at the Ruakura Animal Research Station in Hamilton, New Zealand, where he worked on the isolation of the fungal component sporidesmin. The following year he returned to the Rowett Institute, where he remained until 1967. Between 1967 and 1976, Synge worked at the Institute of Food Research in Norwich. From 1968, until 1984, Synge was the Professor of Biological Sciences at the University of Anglia.

In 1943, Richard Laurence Millington Synge got married to Ann Stephen. The couple had four daughters and three sons. In the last years of his life, Synge suffered from gout, temporal arteritis, and myelodysplasia. He died in Norwich, England on August 14, 1994.

Throughout his career, Richard Laurence Millington Synge received several honors and awards. In 1950, he was elected a member of the Royal Society, and in 1963, he became a member of the Royal Society of Edinburgh. In 1959, Synge was awarded the John Price Wetherill Medal. His biggest achievement was the Nobel Prize in Chemistry in 1952. He was also a peace activist and a supporter of nuclear disarmament.