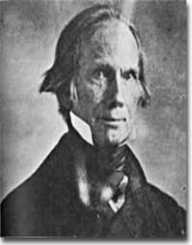 John Caldwell Calhoun was an America politician, political theorist, and a statesman. Born on March 18, 1782,  served as the seventh Vice President of the United States of America from 1825 to 1832. He was an avid defender of slavery and advanced the concept of minority rights in politics.

To be an advocate for states rights, nullifications, limited government and opposed high tariffs, which he had previously supported. He started his political career as a member of the House of Representative in 1912 and was the leader of the war hawk faction. John C. Calhoun was supportive of the War of 1812, aimed to defend America from the British violations of American independent and staying neutral from the Napoleonic Wars. In 1817,

Early Life was appointed to serve as the Secretary of War under President James Monroe, helping to reorganise and modernise the deplorable War Department and held that office until 1825. During 1824, election ,John C. Calhoun unsuccessfully sought the nomination to contest for the presidency .The Electoral College overwhelmingly elected him as a vice president and served under John Quincy Adam from 1824 to 1828 and under Andrew Jackson from 1828 to 1832 when he resigned. John C. Calhoun  later served as a Senator, Secretary of State under John Tyler 1944 to 1845.

was born to Patrick Calhoun and Martha Caldwell on March 18, 1782, in Abbeville District, South Carolina. His father was a surveyor, farmer and a politician and a member of the South Carolina Legislature. Also known as, the Indian fighter, Patrick was a patriot of the American Revolution. John C. Calhoun  was opposed to confirmation of the federal constitution on the grounds of states’ right and personal freedoms. John C. Calhoun  was a brilliant chap and briefly enrolled in an academy in Appling, Georgia, but was later closed. He then had to receive aprivate education.

After the death of his father, John C. Calhoun , who was 14 years at the time took over the running of the family farms, as his other brothers were out to pursue a business career. Throughout this time, he kept on reading while taking an interested in fishing and hunting .Four years later ,John C. Calhoun  resumed his education after the Academy was reopened. In 1802, John C. Calhoun  enrolled at the Yale College in Connecticut with financial support from his brothers. In 1804, John C. Calhoun  graduated as valedictorian and later enrolled at the Tapping Reeve Law School in Litchfield, Connecticut. While there, he worked under Tapping Reeve and James Gould. In 1807, he admitted to the South Carolina Bar.

In 1810 ,John C. Calhoun  won a seat in the House of Representatives. Calhoun along with Speaker Henry Clay of Kentucky and William Lowndes, a South Carolina congressman, became the leaders of the War Hawks. The three stood against all odds and demanded a war against Britain to maintain the American dignity and republican values, violated by the British with their refusal to recognise American shipping rights. Being a member and later the chairman of the Committee on Foreign Affairs, John C. Calhoun  was instrumental in the drafting two documents, the Report on Foreign Relations and the War Report of 1812 in his quest to push for war.

Finally, on June 18, 1812, the United States war on Britain, which became the War of 1812. The war was successful,l but with many repercussions, including the initial economic hardship and mismanagement of the army after the war ended in 1815. It also led the War Department in a deplorable state that no one wanted to assume that office. In 1817, President James Monroe appointedCalhoun as the Secretary of War and he served until 1825. Before his appointment, four people had already turned the offer down the offer.

During this second term, John C. Calhoun  strongly opposed the Mexican-American War. He, therefore, abstained from voting when Congress declared war against Mexico on May 13, 1845. He was also against the Wilmot Proviso, a proposal by David Wilmot, a Pennsylvania Representative in 1846, which was to ban slavery in all newly acquired territories.

He was initially buried at the St Philip’s Churchyard in Charleston, South Carolina. His coffin was later removed to a hiding place and later reburied in an unmarked grave during the Civil War. This was because his some of his friends feared his grave may be destroyed by Federal troops during the war. In 1871, the body was exhumed and returned to the original grave.