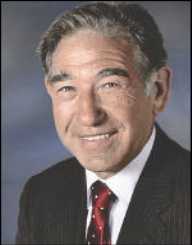 Christian de Duve was born on October 2, 1917.  He was a Belgian cytologist and biochemist. He is known for his discoveries about the internal workings of cells. In 1974, he won the Nobel Prize in Physiology or Medicine. The findings that he made helped in unravelling the biology of several genetic diseases. He did not venture into practicing medicine, but he ventured into an academic career which gave him an opportunity to conduct more research.

Christian Rene Marie Joseph de Duve was born on October 2, 1917, in Great Britain. He was born to Alphonse de Duve and Madeleine Pungs who were Belgian refugees during World War I. In 1920, his family returned to Belgium after World War I ended. He was a bright and excellent student. He loved literature growing up more than he loved science. He, however, decided to study medicine because of its appealing career prospects. In 1934, he joined the Catholic University of Leuven where he studied endocrinology. As a student, he joined the laboratory of the physiologist Joseph P. Bouckaert.

In 1940, Christian de Duve joined the army to serve in the World War II. He was captured by the Germans during the war, but he managed to escape. In 1941, he resumed his studies and obtained his MD. He was more inclined to research more than practicing medicine. He worked towards getting a degree in chemistry along with a clinical internship at the Cancer Institute. In 1945, he earned the degree of ‘Agrege de I’Enseignement Superieur.’ He also wrote the book ‘Glucose, Insuline et Diabete.’ In 1946, he obtained his MSc in chemistry.

After Christian de Duve received his MSc, he trained in the laboratory of Hugo Theorell at the Nobel Medical Institute in Stockholm for eighteen months. He later worked with Carl and Gerti Cori at Washington University in St. Louis. In 1947, he joined the Catholic University of Leuven at its faculty of the medical school to teach physiological chemistry. In 1951, he became a full professor. In the same year, he rediscovered glucagon. He used Cell biologists’ Albert Claude and George Palade theories to separate cell parts. He later discovered lysosome which other scientists used to identify more than fifty lysosomal enzymes. They also identified genetic diseases that develop when an enzyme is absent or does not function properly.

In 1962, Christian de Duve was appointed a professor at the Rockefeller Institute in New York. He retained his position at the Catholic University of Leuven. He was the head of the research laboratories at Rockefeller Institute and Leuven. In 1969, Leuven was separated into two, and he joined the French-speaking side of Universite Catholique de Louvain. In 1974, he co-founded the International Institute of Cellular and Molecular Pathology. This institute was a multidisciplinary biomedical research institute of the Leuven University. In 1985, he became an emeritus professor of Leuven University. In 1988, he became an emeritus professor of Rockefeller Institute.  He wrote books including ‘A Guided Tour of the Living Cell’ and ‘Genetics of Original Sin: The Impact of Natural Selection on the Future of Humanity.’

In 1973, Christian de Duve was honoured with the Dr. H.P. Heineken Prize for Biochemistry and Biophysics from the Royal Netherlands Academy of Arts and Sciences. In 1974, he won the Nobel Prize in Physiology or Medicine with Albert Claude and George Palade for their discoveries concerning the structural and functional organization of the cell. In 1989, he received the E.B. Wilson Medal from the American Society for Cell Biology.

In 1943, Christian de Duve married Janine Herman with whom he had four children. His wife died in 2008. He suffered from many chronic diseases such as cancer among other, so he decided to end his life by legal euthanasia. He died on May 4, 2013, in the presence of his children.