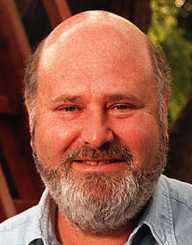 Rob Reiner was born on March 6th, in 1947. He is a renowned American actor. He has also enjoyed profound success for being a prolific writer and a creative director.

Reiner rose to the limelight after featuring in All in the Family, a famous sitcom. In this show, he played the role of Mike Stivic for about seven years.

Rob Reiner was born on March 6th, in 1947. He was born into the Jewish family in Bronx, New York. His mother, Estelle Reiner was an actress. Similarly, his father, Carl Reiner was in the acting field as he was a famous actor, comedian, and a director.

Growing up in a family of actors, Reiner was surrounded by famous individuals in the film industry such as Mel Brooks and Sid Caesar.

Back in the day, his father earned huge fame with his recurrent role in Your Show of Shows in the 1950s. Rob Reiner also got the opportunity of featuring in some of the shows that his father was working on such as The Dick Van Dyke Show.

Right after completing his high school education Rob Reiner went ahead and joined the University of California in Los Angeles. During the late 1960s, he landed on small TV roles such as Batman, Gomer Pyle, The Andy Griffith Show, and The Beverly Hillbillies.

It did not take time before Rob Reiner brought fame to his side in his acting career. In 1971, he landed the recurrent role of Michael Stivic in the show All in the Family.

The show debuted in 1971 and ended in 1978. Reiner played 182 episodes in the show. The show came to an end after five seasons and that it gained recognition for being the number one show during the period when it was being aired. Reiner’s role in the show earned him two Emmy Awards for the best supporting actor.

In recent years, Rob Reiner became a liberal activist. He was part of the team that founded the American Foundation for Equal Rights. Similarly, he is an affiliate of the Social Responsibility Task Force.

This is an organization that advocates for moderation in certain social issues, e.g., tobacco use and violence.

In 2006, Rob Reiner was among the contenders that would have run against Arnold Schwarzenegger for the office of California Governor. Nonetheless, he opted not to run.

Rob Reiner wedded Penny Marshall, an actress in 1971. Marshall came into this marriage with a daughter named Tracy Reiner.

The two never got a child of their own and the parted ways in 1981. Rob Reiner went ahead and married Michele Singer in 1989. Together, the two were blessed with three kids namely Jake, Nick, and Romy.

Aside from the four children that Rob Reiner is proud of, he boasts of having five grandchildren mainly from Tracy Reiner his adopted daughter.