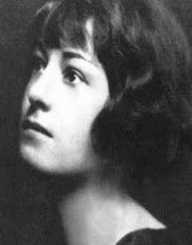 Dorothy Parker was an American citizen. She was a poet, writer, critic, and a comedian. She is well known for her humor. She was particularly interested in the shortcomings of the 20th-century.

Dorothy Rothschild was born on August 22, 1893. She was born to the couple Jacob Henry and Eliza Annie Rothschild (nee Marston). She was born at 732 Queen Avenue in Long Branch, New Jersey. Her father had a lineage of German Jewish and mother from Scottish descent. Her parents had a home at her birthplace. Dorothy lost her mother in West End in July 1898 when she was five.

Jacob Henry married Eleanor Francis Lewis in 1900. Parker blamed her father for manhandling and loathed him. She did not love her stepmother also. Parker used to address her as the housekeeper. Her stepmother died in 1903 when Parker was nine.

She played the piano to meet the cost of maintenance and at the same time concentrated on poetry.

Vanity Fair journal purchased Dorothy's first poem in 1914. Another journal, Vogue appointed Dorothy as an editorial assistant. She worked with this journal for two years and then she shifted to Vanity Fair to work as a staff writer.

In 1918, Dorothy Parker started penning criticism of the stage for Vanity Fair in the absence of P. G. Wodehouse. She befriended with Robert Benchley and Robert E. Sherwood.

The three friends founded the Algonquin Round Table. The Round Table had well-known journalists Franklin Pierce Adams and Alexander Woollcott as members. Adam published in his column, 'The Conning Tower’ Parker’s short poems, lunchtime wits. Her reputation grew as a humorist.

Vanity Fair fired her in 1920 given her sarcastic wit, though famous, the remarks did not go well with the producers. In protest against her dismissal, Dorothy’s friends Benchley and Sherwood also vacated the post.

Dorothy Parker began working for Ainslee’s Magazine. She contributed articles to Vanity Fair, The Smart Set, and The American Mercury and in Ladies’ Home Journal, Saturday Evening Post and Life.

Parker, Benchley, and Dorothy joined the Board of Editors when Harold Ross established The New Yorker in 1925. Parker became a reputed writer with her witty and short poems.

Dorothy Parker single-handedly published 300 poems and stanzas during the next 15 years in Vanity Fair, Vogue, The Conning Tower, The New Yorker, Life, McCall’s and The New Republic.

Her first volume of a collection of poems, Enough Rope, was published in 1926. Thousands of copies were sold, and the reviews were notable. Parker announced two more volumes of poems in 1928 and 1931.

Dorothy’s short story compilations were published in 1930 and 1933. She continued her writing activity vigorously for some more years.

Dorothy Parker was politically active in 1927 and protested against the killing of Sacco and Vanzetti. Parker and her friend Ruth Hale were detained, and Parker had to plead guilty and paid a penalty of $5.

She had a Hollywood stint from 1932 onwards. She and her husband Alan Campbell featured in more than 15 movies. She wrote stanzas for songs in 1936. The song was presented in The Big Broadcast of 1936 by Bing Crosby. She scripted for many films. She was awarded the Academy Award for Best Writing. She was nominated for the Oscar for the screenplay in 1947.

Dorothy Parker and Alexander Woollcott compiled her work for the army men abroad during the WWII and published in 1944. She was an advocate of civil rights, and a famous critic. She contributed to many magazines on this subject.

Parker was the chairperson of Joint Anti-Fascist Rescue Committee. FBI suspected her to be a communist when she published articles in Red Channels in 1950.

Dorothy Parker married Edwin Pond Parker II in 1917. He was a stockbroker. Edwin Pond had to join the army during WWI. She separated from him in 1928. After separation, she had many affairs. Her affair with Charles Macarthur caused pregnancy. She suffered an abortion and was depressed. She tried to commit suicide but failed in her attempt.

Dorothy returned to New York after Campbell’s demise and disregarded the Round Table.

Dorothy Parker died on June 7, 1967, due to a heart attack at the age of 73. She willed her fortune to Martin Luther King Jr. No one claimed her ashes for nearly 17 years. However, in 1988, NAACP claimed her ashes and created a memorial.

The USA Postal Service issued a celebratory postal stamp in honor of Parker in Literary Arts series. In 1987 the Algonquin Hotel was renamed as a New York City Historic Landmark. Parker’s birthplace in New Jersey Shore was named a National Literary Landmark in 2005. Parker was nominated to the New Jersey Hall of Fame in 2014 posthumously.