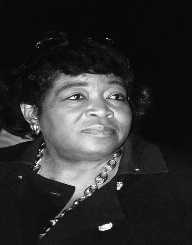 Betty Dean Sanders best known as Betty Shabazz or Betty X was an American civil right activist and educator. She is also known as the wife of Malcolm X. Shabazz like many other Blacks of her time faced racism while at the Tuskegee Institute in Alabama. This made her move to New York City, where she later met Malcolm X and joined the Nation of Islam in 1956. They married in 1958. Malcolm X was assassinated in 1965. In 1995, her daughter, Qubilah was arrested for allegedly conspiring to kill Louis Farrakhan, leader of Nation of Islam. Shabazz, therefore, took in Qubilah’s ten-year-old son Malcolm. In1997, the boy set Shabazz’s apartment on fire. She suffered severe burns dying three weeks later.

Betty Dean Sanders was born on May 28, 1934, in Detroit, Michigan. However old records and high school transcripts show she was born in Pinehurst, Georgia. She was born to Ollie Mae Sanders and her lover Shelman Sandlin. Betty suffered abuse from her mother growing up. By the age of 11, businessman Lorenzo and his wife Helen Malloy accepted her in their home becoming their foster child. Helen a local activist and one of the founding members of the Housewives League of Detroit, an African-American women group, organised for the boycott of stores that refused to hire black people.

After high school, Betty Shabazz enrolled at Tuskegee Institute (currently Tuskegee University) in Alabama, for a degree in education. However, Betty encountered the worse racism in her life and became frustrated. She had to leave Alabama for New York in 1953 against the will of her foster parent to study nursing at the Brooklyn State College School of Nursing.


Nation of Islam and Marriage

In her second year, Betty Shabazz received an invitation from an older nurse’s aide to a dinner party at the Nation of Islam temple in Harlem. She fulfilled the request, and after that dinner, she was invited to join the Nation of Islam, which she initially declined. On her second dinner with the group, she encountered Malcolm X, a minister of the group, for the first time. The two later had a lengthy conversation, and she since began attending lectures of Malcolm X at the Temple Number Seven in Harlem.

On February 21, 1965, Malcolm X was delivering a speech at an Organisation of Africa-American Unity at Audubon Ballroom in Manhattan when three gunmen rained bullets on him. Shabazz and her children were among the audience. Malcolm X was pronounced dead at Columbia Presbyterian Hospital. Onlookers at the place subjected one of the assassins to severe beatings while the other two all members of the Nation of Islam were later arrested. They were sentenced to life in prison.

After the death of her husband, Betty Shabazz had to raise her six children alone. She sustained the life of the family with royalties for the publication of The Autobiography of Malcolm X. She began speaking at colleges and universities about her role as a wife and the Black Nationalist philosophy of Malcolm X. She continued her education at Jersey City State College (currently New Jersey City University) for her degree in education. She enrolled at the University of Massachusetts Amherst for her Ed.D in higher education administration and curriculum development in 1972 earning her doctorate in July 1975.

Betty Shabazz became an associate professor of health sciences at Medgar Evers College, New York in 1976. Shabazz became Director of Institutional Advancement and later Director of Institutional Advancement and Public Affairs until her death. The Malcolm family had for years believed Louis Farrakhan leader of the Nation of Islam was behind the death of Malcolm X. Her daughter Qubilah Shabazz was on January 1995, charged with an attempt assassination of Farrakhan.

Surprisingly Farrakhan reached out to the Malcolm family to defend Qubilah and raise funds for her defence. This created a reconciliation between the Malcolm family and Farrakhan. Qubilah asked to undergo psychological counselling and treatment for alcohol and drug abuse for two years to avoid a prison sentence. Her son ten-year-old son Malcolm was taken in by Shabazz.

On June 1, 1997, Shabazz 12-year-old grandson Malcolm set her set her apartment on fire. Betty Shabazz was severely burned sustaining injuries on over 80% of her body. She remained admitted in intensive care of the Jacobi Medical Centre in the Bronx, New York for three weeks undergoing five skin-replacement surgery. Her grandson was sentenced to months in juvenile detention for arson and manslaughter. Betty Shabazz died on June 23, 1997. She was interred beside her husband at Ferncliff Cemetery in Hartsdale, New York.