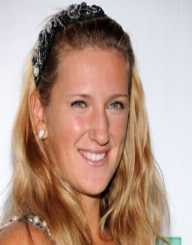 Victoria Azarenka was born on July 31, 1989, in Minsk, Belarus. Her parents are Alla and Fedor Azarenka. She also has a brother.

Although Victoria Azarenka had been playing tennis for fun (and for serious practice) since she was only seven years old, it wasn’t until 2003 that she started her professional athletic career. For the first couple of years of her career, she appeared in mostly ITF juniors competitions. It wasn’t until 2005 that she began making major headway in her career. In this year, she competed in the Australian Open, US Open, French Open, and Wimbledon. She won all of her matches, which included both singles and doubles competitions.

Azarenka’s great year was followed by a poor one. While she still attended the Wimbledon Championships, US and French Opens, Victoria Azarenka also lost all of these competitions. Some of her fiercest competitors in this year included Anna Chakvetadze and Sun Tiantian. Azarenka’s bad streak continued into 2007. She continued to enter all of the major competitions she had done in the year before, but she continued to lose after a round or two. Her major competition in this year included Svetlana Kuznetsova and Karin Knapp.

Victoria Azarenka started to do better in 2008. Over the course of the year, she both won and lost several matches. She continued to enter into the major tennis competitions that she had played in the past. While she did not win any of their competitions, she earned higher rankings than she had in previous years. By the end of the year, she was ranked as the 25th best women’s tennis player in the world.

2009 was even more productive for Victoria Azarenka than the year before. She won a couple of major competitions in this year, included the Brisbane International competition and the Cellular South Cup (Memphis, Tennessee, USA). Victoria Azarenka also made it to the Quater Finals of the French Open and in Wimbledon. She also did fairly well in the Australian and US Opens. By the end of the year, she was ranked #10.

2010 was about as equally promising as 2009, considering in both years Victoria Azarenka was ranked #10. Her performances in the Grand Slam tournaments and other competitions were not as impressive, though. She reached the Quarter Finals of the Australian Open in this year as well.

One of the most impressive tournaments of Victoria Azarenka’s 2011 was when she participated in the 2011 Bank of the West Classic. Victoria Azarenka lost her singles match to  Marina Erakovic but won the doubles titles with the help of her partner Maria Kirilenko. She also won the singles titled at the BGL Luxembourg Open. For Glam Slam tournaments, she reached the Quarter Finals of the French Open and the Semifinals of Wimbledon.

2012 was arguably Azarenka’s best year so far. Victoria Azarenka won a title at the Dubai Tennis Championships against Samantha Stosur. She also won the Australian Opens, made it as a finalist in the US Open, and made it to the Semifinals of the Wimbledon. It was also in this year that she participated in the 2012 Summer Olympics, in London, England. While at this event, she entered into the Women’s Singles and Mixed Doubles matches for the Belarus team. By the end of the event, she had won Belarus a Bronze medal. She also ended the year by being ranked #1.

2013 was a year of bad luck for Victoria Azarenka. Injury after injury forced her to withdraw from various competitions during this year, including the Rogers Cup and the Sony Open Tennis competition. Still, she managed to compete in the Grand Slam tournament. She won the Australian Open, reached the Semifinals of the French Open, and was a finalist in the US Open.

The injuries of 2013 snuck their way into Azarenka’s career to torment her in 2014. Because of a foot injury, she could not play in about half of her scheduled tennis matches. She even had to sit out during the French Open. She still managed to make it to the Quarter Finals of both the Australian and US Opens. Because of her many missed games (and some losses), her rank dropped drastically during this year, ending up with her ranked at #32.

2015 was not much better for Victoria Azarenka. Injuries still haunted Azarenka, as did the Williams sisters: Venus and Serena. She often lost to these sisters in various matches, including the French Open and Wimbledon. In the Grand Slam tournament, she reached the Quarter Finals of Wimbledon and the US Open.

From 2016 to the present, Victoria Azarenka has not been very active in her tennis career. It was in 2016 that she became pregnant, and had to take time off from playing. She later gave birth in December of this year. Following the birth of her son, she later split from the boy’s father and thus began proceedings in a custody battle which ended in 2018. During this time, Victoria Azarenka participated in a few games but much less than she had in previous years. She reached the Quarter Finals in the Australian Open in 2016, but that is her major accomplishment from these three years. As of 2018, Victoria Azarenka is expected to resume her tennis career at full-pace.

Victoria Azarenka has a son with her ex-boyfriend, Billy McKeague. Their son, Leo, was born in 2016.