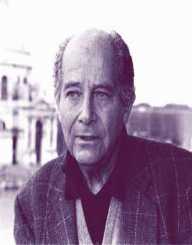 Gillo Pontecorvo was an Italian journalist and later a film director and screenwriter. Born on November 19, 1919, Gillo Pontecorvo gained the needed recognition for his film La Battaglia di Algeri(The Battle of Algiers) in1966 after more than a decade in filmmaking. The film became popular and won him the Golden Lion at the Venice Film Festival the same year. Gillo Pontecorvo also did films likeKapo, 1960 set on the concentration camp during the World War II, Burn! (Queimada), 1969 also based loosely on the failed slave revolution in Guadeloupe. He was awarded the Pietro Bianchi Award at the Venice Film Festival in 2000. Gillo Pontecorvo was also a screenwriter and composer of film scores.

Gillo Pontecorvo was born on November 19, 1919, in Pisa to a wealthy family. He had seven siblings including physicist, Bruno Pontecorvo, Guido Pontecorvo a geneticist and PoliPontecorvo, an engineer. Others are Giuliana, Laura, Anna and David Maraoni. GilloPontecorvo received his tertiary education at the University of Pisa, where he studied chemistry. Gillo Pontecorvo later dropped out from school and followed his brother Bruno to Paris. While there, he found work as a journalist and tennis instructor.

Working as a journalist in Paris, Gillo Pontecorvo also gained interest in filmmaking and started filming short documentaries. He worked as an assistant to Dutch filmmaker, Joris Ivens, who was also a famous Marxist. Gillo Pontecorvo also worked as an assistant to French director, Yves Allegret. Other like Igor Stravinsky, Pablo Picasso, and Jean-Paul Sartre also became influential in his life. It was in Paris that he also developed his political ideology. In 1941, Gillo Pontecorvo joined the Italian Communist Party and with the alias, Barnaba, traveled around northern Italy to organize anti-fascist movements. From 1943 to 1945, he served as the leader of the Resistance in Milan.

In 1956, Gillo Pontecorvo left the communist party after the Soviet intervention in Hungary. However, he did not give up his dedication to Marxism.Gillo Pontecorvo returned to Italy after the World War and decided to leave journalism and pickup filmmaking. For the start, he bought a 16mm camera and started shooting self-funded documentaries. His first documentary was Mission Timiriazev in 1953. I 195, he directed Giovanna, an episode of La Rosadeiventi.

Gillo Pontecorvo followed it with directing his debut full-length film, La Grande Strada Azzurra (The Wide Blue Road). The film became popular and won the Karlovy Vary International Film Festival. In 160, Gillo Pontecorvo directed Kapo, set on the concentration camp of the Nazi during the World War II. The film won two awards, the Italian National Syndicate of Film Journalists that went to DidiPeregoa Silver Ribbon for best-supporting actress and also another actress Susan Strasberg won the best actress at the Mar del Plata Film Festival. It also received a nomination for the Academy Award for Best Foreign Language Film.