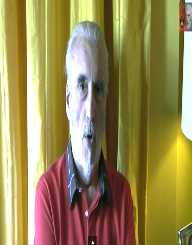 Famous for playing the role of Saruman in the Lord of the Rings trilogy, and Count Dooku in the Star Wars series, Christopher Lee was a legend. His status as a legendary actor was established and well supported by his roles as Count Dracula in several of the Hammer Horror films.

Christopher Lee was born on May 27, 1922, in London, England to Geoffrey Trollope Lee and Contessa Estelle Marie. He went to the Eton College and studied Greek and Latin. At a young age, Lee was attracted to the idea of serving the country, and he enlisted in the British Royal Air Force during World War II.

After serving in the war, Christopher Lee came back and followed his passion for acting starting with monster movies.

Christopher Lee started acting in monster and horror movies. In 1947, he appeared in the Gothic romance movie Corridor of Mirrors. Before 1960, he appeared in several movies. These include The Curse of Frankenstein in 1957, and Horror of Dracula (1958).

Lee’s association with Hammer established him as a star in the horror genre. Over a period longer than 15 years till 1976, Christopher Lee appeared in more than 50 horror films. Some of them were quite famous like Corridors of Blood, The Two Faces of Dr. Jekyll, Dracula – Prince of Darkness, and Taste the Blood of Dracula.

By the 1990s, Christopher Lee had a great portfolio of successful films.  Roles were written for him. He featured in the film Sleepy Hollow in 1999. In 2001, Christopher Lee was cast as Saruman in the first film of the Lord of the Rings trilogy, Fellowship of the Ring. He reprised this role in 2002 in The Two Towers. 2003 saw him appear as Count Dooku in the Star Wars film, Attack of the Clones. Two years later, he also appeared in the film Revenge of the Sith, from the same series.

Christopher Lee also made appearances in other films like Corpse Bride, Charlie and the Chocolate Factory, Alice in Wonderland. His most recent work was Dark Shadows in 2012.

In his long and unforgettable career, Christopher Lee received many awards and nominations. He was knighted at a ceremony at Buckingham Palace for his contribution to drama and charity work.

In 1984, he won the International Fantasy Film Award. He was also awarded the spirit of Metal award. In 1995, Lee won the Bram Stoker’s Lifetime Achievement award for his fantastic performances in several Dracula films.

Christopher Lee married model Birgit Kroencke in 1961. They stayed married for 54 years until his death in 2015. They produced a daughter named Christina. Lee was the step-cousin of James Bond author, Ian Fleming.