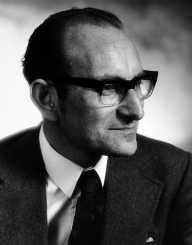 Cesar Milstein was an Argentinian biochemist who worked in the field of antibody research. Born on October 8, 1927, he shared the Nobel Prize in Physiology and Medicine with Niels Kaj Jerne and Goerges J.F Kohler in 1984 for their developing the hybridoma technique used in producing monoclonal antibodies. This invention led to the wider scope in development of antibodies in science and medicine.

Cesar Milstein was born to Máxima (Vapniarsky) and Lázaro Milstein on October 8, 1927, in Bahia Blanca. His parents were Jewish immigrants from Ukraine and had two other siblings. Even though his parents were of a poor background, they ensure all their children had a university education. Cesar Milstein was educated at the University of Buenos Aires where he also received his Ph.D. under the supervision of Professor of Biochemistry, Stoppani. His work on kinetic studies with enzymes like aldehyde dehydrogenase won him an award from the Sociedad Bioquimica Argentina in 1956.

Cesar Milstein was granted a British Council Fellowship to work under the supervision of Malcolm Dixon at the Biochemistry Department of University of Cambridge’s Darwin College for his Ph.D. While there,  Cesar Milstein researched into the mechanism of metal activation of the enzyme phosphoglucomutase.  Cesar Milstein collaborated with Frend Sanger during this research

After receiving his Ph.D., Cesar Milstein worked for a short term with the Medical Research Council in Sanger’s group. He returned to Argentina where  Cesar Milstein lived for two years and started his research into mechanisms of enzymes phosphoglyceromutase and alkaline phosphatase. He returned to Cambridge due to political persecution of scientist and liberal intellectuals at the time.

Cesar Milstein joined Fred Sanger, who at the time had been appointed the Head of the Division of Protein Chemistry in the newly-formed Laboratory of Molecular Biology of the Medical Research Council. Sanger was able to convince him to shift his focus from enzymology to immunology.

Milstein research works mainly focused on delving into the structure of antibodies and the process by which antibody diversity is generated. In 1975,  Cesar Milstein collaborated with Georges Kohler, then (a postdoctoral fellow in his laboratory), to invent the hybridoma technique used in producing monoclonal antibodies. This was the discovery, which awarded them the Nobel Prize in Physiology or Medicine and that became the basis for a wider scope of the search of antibodies in medicine and science as a whole.

Caesar Milstein was married to Celia Prilleltensky in 1953. The couple had no children. Cesar Milstein died on March 24, 2002, of a heart condition at age 74 in Cambridge, England. He did not patent any of his discoveries because to him; it was mankind’s intellectual property. He believed that his works were solely for scientific purposes and not economical venture.

Cesar Milstein won several awards and honor for his scientific works. His awards include Prize Herrero Doucloux of the Asociación Química Argentina (1957), CIBA Medal and Prize (1978), and Avery-Landsteiner Prize of the Society for Immunology (1979). Others include Robert Koch Prize and Medal, Germany (1980), Royal Society Wellcome Foundation Prize (1980), Franklin Medal, (1983), Mallinckrodt Award for Investigative Research (1983) and John Scott Award, Board of Directors of City Trusts, Philadelphia, U.S.A. (1984).