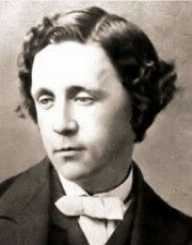 Charles Pelham Villiers was an English politician, and he holds the record for being the longest-serving member of parliament in English history and the oldest ever successful candidate in an English parliamentary election.

Charles Pelham Villiers was born on 3 January 1802 in London, England. His parents was George Villiers and Theresa née Parker. He was born into aristocracy. His mother was the daughter of the Baron of Boringdon, and her father was the son of the Earl of Clarendon. His father was a politician and dignitaries often visited the family home; this aroused an interest in politics early in young Villiers’ life. He received his education at the East India Company College in Hertfordshire. He then went on to study at St John’s College, Cambridge. He became a barrister after studying at Lincoln’s Inn in 1827.

Charles Pelham Villiers first major position was that of Commissioner of the Poor Law, a position he was appointed to in 1832. In 1833, he began working for the Court of Chancery. Villiers was first elected to the British parliament in 1835 as a member for Wolverhampton. He was a member of the Liberal Party. The Liberals were supporters of welfare and parliamentary power. Villiers repeatedly spoke out against the British Corn Laws. These laws imposed excessive tariffs on imported grain to keep the price of British grain high. This, of course, meant it was more difficult for the poor to obtain grain, a basic foodstuff, and for this reason, Villiers repeatedly called for the repeal of the Corn Laws. He lost numerous votes on the issue but enjoyed much public support. He managed to negotiate a reduction in the tariffs in 1842.

However, it was not until after the outbreak of the Irish Famine and the unparalleled death it brought that the Corn Laws were repealed. Charles Pelham Villiers was also a keen campaigner against slavery. He was a member of the British and Foreign Anti-Slavery Society. In 1847, despite not seeking election there, the people of Lancashire South elected Villiers as their member of parliament. The vote was due to his campaign against the Corn Laws, despite the honor Villiers chose to continue representing Wolverhampton. In 1853, Villiers was elevated to the Privy Council and for six years served as the Judge Advocate General, the judge in charge of military court martials. Villiers was considered the foremost supporter of the Free Trade movement by the Times newspaper. He was offered a peerage in 1885 but chose to remain an MP in the House of Commons.

In 1886, Charles Pelham Villiers betrayed the Liberal Party voting against Home Rule for Ireland. Instead, he joined other rebel Liberal Party members and Unionists from Ireland to form the Liberal Unionist Party. Villiers continued to stand against the democratic wishes of the people of Ireland by resisting Home Rule for the rest of his career. In 1890, he became the oldest sitting member of the British parliament. He attended parliament for the last time in 1895 but would maintain his seat until 1898. His career was marked by his opposition to the Corn Laws and Home Rule for Ireland. He was also a long-standing champion of Free Trade. He represented Wolverhampton until 1885 when his seat was split. From 1885 to 1898 he represented Wolverhampton South. After his time as Judge Advocate General, he served as President of the Poor Law Board overseeing the distribution of welfare in Britain.

Charles Pelham Villiers never married and is not known to have had romantic relationships and was thus childless when he died on 6 January 1898.