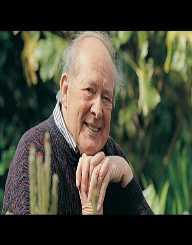 Alun Hoddinott was born on August 11, 1929. He was a composer. He was attracted to music when he was still young. He composed songs while he was a student in school. He was not only a composer but a teacher as well. He composed songs from almost all platforms including operas, concertos, and symphonies.

Alun Hoddinott was born on August 11, 1929, in Wales. He was born to a father who was a teacher. When he was still a baby, his family moved from Glamorganshire County to Pont-Lliw where his father had gotten a job. He was drawn to music from a very young age. At the age of four, he started playing the violin. He attended Gowerton Grammar School. He began composing songs while he was a student at the school. He later won a scholarship and joined the University College in Cardiff. In 1949, he graduated from the university with a Bachelor in Arts Degree. He learned music composition from Arthur Benjamin who was an Australian Composer.

In 1946, he co-founded the National Youth Orchestra of Wales. At this time he was a teenager. As a student at the University College, he composed many songs including symphonies for orchestra, quartets, songs for choirs and other pieces. In 1954, he started his teaching career as a lecturer at the Cardiff College of Music and Drama. In the same year, his composition ‘Clarinet Concerto’ was premiered at the Cheltenham Festival. The premiere of his composition was a success, and he became popular from then onwards. In 1959, he became a lecturer at the University College of South Wales and Monmouthshire. In 1965, he became a reader of the University of Wales, a post that he held up to 1967. In the same year, he composed the musical ‘The Cantata Dives and Lazarus’ for the Farnham Schools Festival.

In 1966, his opera ‘Variants of Orchestra’ was staged by the Royal Philharmonic Society. In 1967, his opera ‘Night Music’ was performed by the New Philharmonic Orchestra which was a music troupe. In the same year, he became a professor of music at Cardiff University. He was later appointed as the Head of the Music Department. In his rank, he pioneered the Cardiff Festival of Twentieth Century Music. He also expanded the music department at the University of Cardiff. Hoddinott was the mentor of composers such as John Buckley, Jeffrey Lewis, Christopher Painter and John Metcalf among others. In 1973, his opera ‘The Beach of Palesa’ was held by the Welsh National Opera. In 1989, his well known work ‘NostisEqui’ was premiered in the United Kingdom at the Barbican Theatre. He did not stop composing songs until the day he breathed his last breath.

In 1957, he received the Arnold Bax Medal. In 1983, he received the title of the Most Excellent Commander of the British Empire. In 1997, Hoddinott was awarded the Glyndwr Award for his outstanding contributions to the arts in Wales. In 1999, he received the Lifetime Achievement Award from the Arts Council of Wales. In 2004, he was presented with a medal by Queen Elizabeth II.

He married Rhiannon who was his translator and amanuensis. He died on March 12, 2008, at the age of seventy eight. Hoddinott is still regarded as one of the best composers to have ever lived.