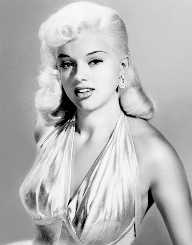 Diana Dors was born on October 23rd, in 1931. She was famous for being a talented American actress. Diana is best remembered for being the forerunner of Marilyn Monroe.

Diana Dors was born Daina Mary Fluck on October 23rd, in 1931. Her place of birth was in Swindon, Wiltshire. She was the daughter to Winifred Maud Mary. Mary, her mother, had been recently married to Sidney Fluck but she was pregnant from an affair with another fellow. Diana’s mother was not sure whether Fluck was the father to Diana.

Growing up, Diana was a huge movie enthusiast. Some of her early inspirations came from the likes of Lana Turner, Jean Harlow, and Veronica Lake.

Diana Dors' debut film was in 1947 where she featured in The Shop at Sly Corner. The same year, she landed on the other two movies Dancing with Crime and Holiday Camp. In 1948, she featured in six films. Her unique publicity earned her high acclaim as she also landed on numerous film roles during the 1950s and in the 1960s.

Diana Dors tied the knot for three times in her lifetime. She first married Dennis Hamilton in 1951. This marriage came to an end after the death of her husband in 1959. Her second marriage was to Richard Dawson in 1959. The two divorced in 1966. Alan Lake was her last husband. They married in 1968.  Diana had three children.

Diana Dors passed away on May 4th, in 1984. She was only 52 years old when she died. She had ovarian cancer which led to her early death.