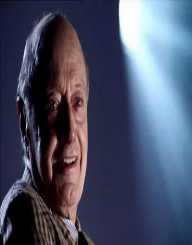 A master of Technicolor, Jack Cardiff was a British film director who revolutionized the way movies were shot with his experiments with camera angles that made scenes more lively than usual.

Jack Cardiff was born on September 18, 1914. His star sign was Virgo, and his real name was John George, James Gran. His birthplace is Great Yarmouth, Norfolk, England.

His family was associated with the performing arts as both his father, John Joseph Cardiff, and mother, Florence was music-hall comedians. Even young Jack had a short cameo role in a movie at the age of four. He played a boy who gets run over by a vehicle and dies in the movie.

Jack Cardiff’s career started as a child actor doing cameo roles in some movies. After he grew up a little, he started working as a clapper boy for Claude Friese-Greene. Soon he learned how to operate a camera for movie shooting and learned Technicolor. His first movie was titled Wings of the Morning, released in 1937 when he was only 23.

Jack Cardiff created a documentary during the Second World War, titled Western Approaches as a tribute to the British forces. In 1943, he made the film Life and Death of Colonel Blimp. Another movie inspired by a war that he directed was A matter of life and death. It came out in 1946. His camera work shined in the movie Black Narcissus. For this movie, he was even awarded an Oscar.

Jack Cardiff followed this success with the super-hit film The Red Shoes and repeated it with The African Queen. Cardiff’s remarkable work brought him in contact with other great directors like Alfred Hitchcock, and Lawrence Olivier with whom he made The Prince and the Showgirl in 1957. The Flying Dutchman was another one of Cardiff’s masterpieces.

Cardiff’s specialty was his understanding of camera angles and close-up shots of moist lips, and sweat dripping from naked bodies that added another dimension to the expressiveness of his scenes. In 1988, he filmed the movie Call from Space.

Jack Cardiff wrote an autobiography titled The Magic Hour. It was published in 1996.

As a cinematographer, Jack Cardiff was highly successful. He won several awards and nominations. In 1947, he was given the Academy Award for Best Photography. He won a Golden Globe in 1948 for Black Narcissus. The film War and Peace earned him another Academy award.

In 2000, he bestowed a title from the Order of the British Empire.

Cardiff’s first wife was Julia Lily Dutton. They produced three sons – Mason, John, and Rodney, but separated from each other.

Finally, years later, he found the woman he could settle with. His final marriage was with script consultant NikiO’Donahue. They married in 1997 and remained married until his death. They had a son named Peter.

Jack Cardiff loved paintings and took inspiration from them for his movies.