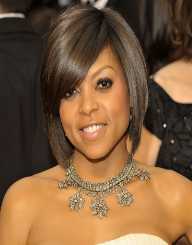 Her name speaks on behalf of her personality. Taraji P. Henson is another word for hope and Penda means abundant love in the Swahili language. Henson hails as an African-American singer and fervent actress. A Howard University scholar, her debut began when she was played as Mo’Nique in an all-time television show called Smart Guy. She received outstanding results and what followed next was her other film called Baby Boy. It was her first movie that earned her several awards including Black Movie Award and Bet Award. Other notable films include Four Brothers and Hustle and Flow.

Taraji was also featured in a film called The Karate Kid as well as Think like a Man. She is a holder of Primetime Emmy Award and Outstanding Leading Actress nomination. Not only is she perfect when it comes to her roles but also her personal life. Let’s see what she has in store for us.

On 11th September 1970, a couple called Bernice Gordon, and Boris Lawrence was blessed with their first born daughter in Washington, D.C. She was none other than Taraji Penda Henson whose mother served as a Corporate Manager while her father served as a metal fabricator. Unfortunately, Taraji’s parents called it quit when she was two years of age.

At first, Penda loved everything that dealt with arts and music where she opted to join Duke Ellington School of Arts. But she later teamed up with Oxon highlight School, and in 1988 she graduated with tremendous results.

Being an intelligent and creative person, Henson joined North Carolina Agricultural and Technical University. Here, he majored in electrical engineering. Unfortunately, she failed in her end term exam where she was transferred to Howard University. It was there that she started to perform theater roles.

To ease up his father’s life as well as hers, Penda used to serve as a secretary during the day and an entertainer at night. Through scholarship, she garnered her bachelor’s degree in 1995.

With a degree in arts, there is no mountain that Taraji couldn’t afford to climb. It was in 1997 that she framed her role in a wide array of television shows. Some of her early works include the ER series, Sister, Sister, Boston Legal, Crimes Scene Investigation, and Division. She followed it up with a film titled The Adventure of Bullwinkle and Rocky in 2000.
The following year, Henson continued to cement the world of fame when she was seen in a film named Baby Boy. It was the first film that garnered her Best Supporting Actress nomination as well as Bet Award.

In 2005 Taraji was seen in a romcom called Hustle and Flow where she played as Shug. She also voiced in an animation film known as its Hard out Here for a Pimp. Her impeccable role was nominated for the MTV Movie Award as well as NAACP Image Awards.

With positive progress, Taraji continued to receive countable of invites and offers. It was there that she was seen in films and series collections including Talk to Me and Smokin’ in 2007.From 2008 to 2010 Henson appeared in films like Date Night, The Karate Kid, The Family That Preys, I Can Do All by Myself among others.

In 2011 Taraji played Tiffany Rubin in a movie called Taken from Me.The movie earned her a BET Award as well as NAACP Image Award. From 2011 to 2013, Taraji took part in a crime series titled Person of Interest that was aired on MBA.In between, she played in “Think like a Man” season one and two films.

Her consistent move in the world of entertainment made Henson achieve a wide range of satisfactory results. In 2014 she appeared in a movie called No Good Deed that later earned her a Critic and Choice Award.

Since 2015 to date, Taraji P. Henson is still seen in major roles both in small screen and big screen. In 2015 she received an invite to host one episode called Saturday Night Live as well as Live with Michael and Kelly. Aside from her theater roles, Taraji managed to appear in tons of music videos such as Stay and Testify.

In 1994 Taraji mothered a child when she was still a college student. Her son is called Marcell. According to sources, the biological father of her son was his High School soulmate. Besides, Taraji loves to participate in humanitarian works. Some of the causes that she fully supports include PETA or People for the Ethical Treatment of Animals. She also took part to advocate same-sex marriage in 2015 where she became a member of NOH8 Campaign.