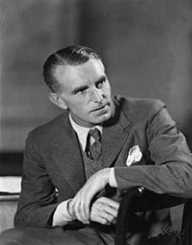 Sir John Frederick Neville Cardus was born on April 3, 1888, in Rusholme, Manchester. His mother was Ava Cardus, but the identity of his father is not known. Ava got married to a blacksmith, John Frederick Newsome when she was pregnant with Neville, but later divorced. To take care of household finances, Ava turned to prostitution.

Cardus attended a local school board school. He was a mediocre student but developed an interest in writing. His first work appeared in The Boy’s World magazine, while he was still in school. Eventually, Cardus left school but continued to read and write. In 1900 his grandfather died, and he began working in several jobs to support his living. During this time, he read a lot of philosophical, literary and scientific books and attended classes at Manchester University. There he also started to play cricket in his spare time.

After playing cricket in Manchester cricket league, Cardus applied for an assistant cricket coach job at Shrewsbury School. He got the job and began working in 1912. Eventually, he became the headmaster’s secretary and worked at the school until 1916. During this time, Cardus was also writing for a Manchester publication Daily Citizen. In 1917, he began working for the Manchester Guardian in an unpaid position. However, his abilities as a writer eventually earned him a paid job, and he began writing his column. In 1918, he was made a junior drama critic, but he mostly covered music criticism.

A major break in his career came in 1919 when Cardus was asked to cover a cricket game. His report was on a game between Lancashire and Derbyshire. He began to write similar reports and in 1920 was made the cricket corresponded of Manchester Guardian. He held this position over the next two decades. In 1919, he also became the deputy of the chief music critic Samuel Langford and after seven years became the chief music critic.

Throughout 1920, Cardus mostly covered cricket games in Lancashire, especially the games against the rival team Yorkshire. His style of writing became majorly popular, and in 1936, he was asked to come to Australia to cover the Ashes series. After the World War II broke out, Cardus was left without a job. In 1939, he began working for The Herald and covered a tour by Sir Thomas Beecham. He moved to The Sydney Morning Herald and worked as a music writer. While living in Australia, Cardus wrote his books Ten Composers and Autobiography. In 1946, he covered the Ashes cricket series for three newspapers.

In 1948, Cardus collaborated with The Sunday Times and The London Evening Standard for a brief moment. He then decided to go back to Australia. He covered the 1950 Ashes cricket series and moved back to England to work as music critic for The Manchester Guardian. During the 1950s and 1960s, Cardus continued to work as a cricket writer for several esteemed publications. In 1953, he wrote for the prestigious Wisden Cricketers Almanack and covered the Ashes series of 1953 and 1954.

In 1921, Cardus married the actress and art teacher Edith King. They were married for 47 years until Edith’s death. The couple often lived separately, and they did not have any children. Cardus died on February 28, 1975.

In 1964, Cardus was made the Commander of the Order of the British Empire. Two years later, he was honored with knighthood by the Queen.