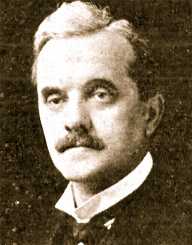 Famously known as the ‘Democrat of Democrats,’ George William Norris was a politician from Nebraska, the U.S. who promoted liberal & progressive causes. As a politician, he was against wrongdoings & evil politics, and he was seen as a great leader of the laborers.

William Norris was born in Sandusky, Ohio on July 11, 1861. His star sign was Cancer. His parents were farmers by occupation, poor & uneducated, and had eleven children. Norris was the youngest. Growing up in a poor family was tough for Norris, and his father passed away when he was only four. This left his poor mother to support the entire family on her own.

She made sure that young Norris received a good education so that their financial problems could be dealt away with.

William Norris did odd jobs at different farms to support his family. He also went to the Baldwin University for graduation. He had strong debating skills that encouraged him to take up a career in law. He obtained his LLB degree from the Law School of Valparaiso University in 1883.

William Norris joined the local law office after graduation and worked there for two years. After that, he began his practice in Beaver City, Nebraska. Four years later, he opened his office in McCook.

Norris’s career progressed smoothly as he became the city prosecutor in 1892 and three years later, he was made the district judge. His career took a major political turn when he came into contact with & befriended the U.S. president Theodore Roosevelt in 1905.

The progressive & liberal ideas of Roosevelt resonated with those of his own and Norris supported his campaign. He also opposed the tyrannical behavior of the Speaker of the house and any evil politics in the period. This revolt led to the formulation of new policies which allowed people in the house to advance based on seniority and not on the wishes of the leadership only. Norris was an open critic of President Woodrow Wilson’s war policies and opposed them openly. In fact, he was the only senator who wanted the U.S. not to take part in the World War.

William Norris correctly identified that the Banks were playing a manipulative role in the war and profiting from it. After the war ended, he opposed the Treaty of Versailles and the League of Nations by becoming a member of the group ‘irreconcilables.’ Norris was especially popular with the labor union. He was an advocate of their rights and was instrumental in the Twentieth Amendment of the U.S. Constitution. The Norris-La Guardia act also helped the laborers by limited the use of court injunctions against strikes.

In 1961, Norris was inducted into the ‘Nebraska Hall of Fame.’ He was the first person to be included there.  Many schools in the U.S. have been named after him.

William Norris married twice. His first wife was PlumaLashley whom he married in 1889. They had three daughters together –Gertrude, Hazel & Marian. After the death of his first wife in 1901, he married Ellie Leonard two years later. They didn’t have any children.