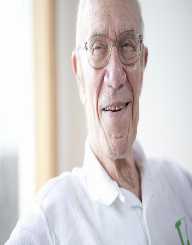 Robert Solow is an American Economist and 1987 Nobel Prize winner in Economic Sciences. He is best remembered for his theory of economic growth. With his contribution, in theory, a model was named after him was known as the exogenous growth model. Among other awards he received during his career include the 1961 John Bates Clark Medal. The American Economic Association awarded him.

In 2014 he was also awarded Presidential Medal of Freedom. The President of the United States presented it. Peter Diamond, a one-time student of Solow, later became the 2010 Nobel Prize winner. Others include Charlie Bean, Harvey Wagner, and Michael Rothschild. They also became renowned people in the society.

Robert Solow was born on August 23rd, 1924. His place of birth is Brooklyn in New York. He is the son of a Jewish family with father Milton Henry and mother Hannah Gertrude.  He was the eldest and only son of the three children of his parents. His father earned a living as an employee at international fur business dealers.

Robert Solow began his early education in public school in New York. He was a bright student hence did well in his examination. This earned him a scholarship at the Harvard College. He was 16 years old by then. In 1940 he began his studies in the college where he initially studied elementary economics. He also studied anthropology and sociology.

The Second World War put a little halt to his education. He was inducted in the Army Signal Corps where he participated actively in the war. When the war ended, he went back to Harvard in 1945 to finish his studies. Meanwhile, he was offered a job at the University where he served under Wassily Leontief as a research assistant. By 1947 he attained his Bachelor’s degree in economics. Later in 1949 he also attained an M.A degree from the same university. Robert Solow then took a statistics course at the Columbia University from 1949 to 1950 and earned a Ph.D. in economics From Harvard within that time.

Robert Solow took a job offer from the Massachusetts Institute of Technology (MIT) in 1950. He worked in the Department of Economics as an Assistant Professor. In the same year, he came up with a mathematical model which demonstrated how the economic growth of the country could be increased and sustained through the merging of several factors.

In 1953 he worked with another economist Paul Samuelson and came up with Von Neuman growth theory in 1956. They came up with another theory of capital followed by linear programming in 1958. The final theory Phillips curve was in 1960. Meanwhile, in 1958, he became a full-time professor at the Massachusetts Institute of Technology.

In 1961 Robert Solow joined the Council of Economic Advisers as a senior economist. In the same year, he won the John Bates Clark Award by the American Economic Association. This is an award offered to below 40 years best economist of the year. In 1968 he joined Commission on Income Maintenance for President Nixon. He left in 1970. In 1987 he was presented with a Nobel Prize for doing the best analysis in the growth of Economy. He was again awarded the National Medal of Science in 1999 and Presidential Medal of Freedom in 2004.

Robert Solow tied the knot with Barbara Lewis in 1945. This was after his return from war. They are blessed with three children, two sons, and a daughter.