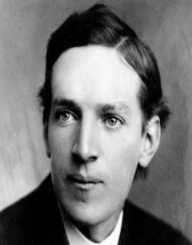 Sinclair Lewis born on February 7, 1885, was one of the American authors in the 1920s for short stories, novels, and playwright. He was born in Sauk Centre, Minnesota and grew to become one of the most famous authors. Lewis wrote several stories and novels which also made him the first writer to receive the Nobel Prize in Literature. The themes of his writings highlight capitalism and materialism in America, especially during the wars. He was also awarded an honor by the U.S Postal Service.

Sinclair Lewis also known as Harry was the third son of Emma Kermott Lewis and Edwin j. Lewis. He was born in Sauk Centre in Minnesota State on February 7, 1885. Lewis loved reading a variety of books at a tender age and also had a diary in which he wrote his thoughts. Lewis was attached to his books more than outdoor activities or sports, something that worried his father. His mother died in 1891 when he was 6, and his father married another woman (Isabel warner) in 1892. Lewis loved his step-mother who seemed to be a good company to a young boy struggling with low self-esteem.

When Sinclair Lewis graduated from high school, he joined Yale University in Connecticut in 1903 but deferred in 1907 to work at Helicon Hall. He later returned to the University and graduated in 1908 having also started a career in writing especially articles in the Yale Magazine.

Having written short stories and romantic poetry while at the university, Sinclair Lewis chose the fiction way for his publications. He began working for publishing houses and newspapers where he attained many skills in writing. He has also written a few stories. He released Hike and the Aeroplane (Juvenile as Tom Graham) in 1912. ‘Our Mr. Wrenn: The Romantic Adventures of a Gentle Man' was published in 1914 and ‘The Trail of the Hawk: A comedy of the Seriousness of Life’ followed in 1915. ‘The Job' was published in 1917 followed by others like ‘The Innocents’ and ‘Free Air’ (1919).

Lewis published ‘Main Street’ in 1920 and ‘Babbitt’ in 1922 which arguably one of his major publication.

After ‘Main Street,’ Sinclair Lewis expounded on its theme when he published ‘Arrowsmith’ in 1925.  Both novels contained themes that were alike in a way highlighting the American Life. In 1927, ‘Elma Gantry’ was published touching on the theme of religious hypocrisy and corrupt morals. Lewis published ‘Dodsworth’ in 1929 and 1930 he was awarded the Nobel Prize for Literature, and he was the first American to receive the prize.

Sinclair Lewis married Grace Livingston in 1914 with whom they had a son named Wells Lewis who died in 1944 in World War II. He, later on, divorced Grace and married Dorothy Thompson in 1928 and their first son Michael was born in 1930. Michael however, died in 1975 from heavy drinking after Lewis and Dorothy had divorced in 1942.

Sinclair Lewis had been impressed with his earlier success and recognition which in his later years proved futile. He travelled to Europe to seek for publishers to assist him with his works since he had been clouded by other American writers. He had to put up with critics who thought that he was not eligible enough to be awarded the Nobel Prize. Writers like Theodore Dreiser were regarded as stronger writers and novelists during his time.

Lewis lived in seclusion and was a loner and not even his friends could see him. He died in Rome, Italy on January 10, 1951, of a heart attack.