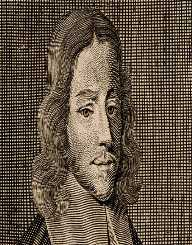 Thomas Willis was a doctor, who was widely believed to be the founder of neuroscience.

Thomas Willis was born on 27th of January 1621 in Great Bedwyn, Wiltshire in England. His parents were Thomas Willis and Rachel Howell; his father was a stewardess for the baronetcy of the Willys of Fen Ditton and a Royalist in the Civil War. Thomas Willis is the oldest; he has two younger brothers. Thomas went to the School of Edward Sylvester, graduating in 1636, he moved to University.

Thomas Willis attended Christ Church College, an affiliate of the University of Oxford in 1637. He first graduated Bachelor of Arts two years later and moved onto Master of Arts. After graduating with Master's degree, Thomas Willis moved onto Bachelor of Medicine, which was a fourteen-year program.

During the Civil War, his father was killed, and Parliamentary Forces dispossessed the home at North Hinkley. Thomas Willis served under King Charles I, he was in the Earl of Dover’s support regimen. For his service, the King granted his medical degree halfway through his education.

After the war, Thomas Willis attended the market at Abington, as he was not allowed to practice in Oxford due to inexperience. He continued to discuss cases with other scientist and physicians. His break came in Anne Green, who was hanged to death and her body donated for scientific study, Thomas Willis and his colleagues found her having a pulse and revived her. Anne was granted a free pardon, Thomas’s skills were recognized. Thomas Willis wrote De Fermentatione in the year 1656, his first on the subject of medicine. In 1659 he published De Febribus. Diatribae due medico-philosophical – quorum before de fermentation followed in 1663. His book Cerebri anatomy was the highlight of his career, in the book, he discussed parts of the brain, its vascular pattern of the brain and nervous system. Terms that he coined were neurology, optic thalamus, vagus nerve and so on, which are still used today.

The Circle of Willis was named after him. In 1672, he wrote De Anima Brutorum. In total, he wrote six books. Thomas Willis was made The Sedleian Professor of Natural Philosophy, at the Mathematical Institute of the University of Oxford in 1660, a position he held until his death. He was a made a Fellow of Royal Society of London a year after it was founded. Thomas Willis moved to Westminster in 1666, on the request of Archbishop of Canterbury. There, he charged a hefty fee on the rich, while treating the poor for free. He continued to do research, mainly focusing on the brains. In 1674, Thomas published a paper in Pharmaceutical rational, observing sweet urine in patients. He coined the term mellitus, calling it diabetes mellitus. During that era, it was also known as Willis’s disease.

Thomas Willis married Mary Fell in 1657; Mary died in 1666, not before giving him children, It is said that only one or two of Thomas and Mary’s kids survived. Thomas Willis, He died on 11 December 1675 of pleurisy. He was buried at Westminster Abbey.