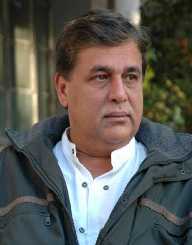 Hasnat Ahmad Khan was born 3rd February 1958, in Jhelum, Punjab, in Pakistan. He has three younger siblings, and his father owned a successful glass factory business.

After graduation, Hasnat Khan worked in Sydney, Australia, until 1991. He then moved to London for work. In 1995 Khan joined the Royal Brompton Hospital in London, and he worked there for 12 months before leaving to take up an appointment at the London Chest Hospital. In 2000, he joined St. Bart’s Hospital and then went to Harefield Hospital. In 2007, He moved to Malaysia where he accepted a position to manage a cardiac hospital.

Hasnat Khan is most well-known for having a relationship with Princess Diana. The pair met in 1995 and had a two-year relationship that ended in 1997. Friends of Diana described Khan as the “love of her life”. The princess was extremely upset when he ended the relationship. Khan has not spoken about their relationship.

In 2006, Hasnat Khan married Hadia Sher Ali as part of an arranged marriage. They divorced in 2008.